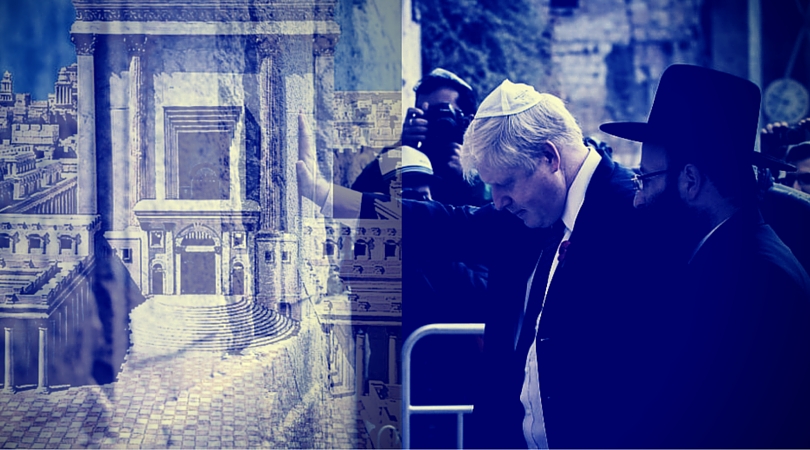 Boris Johnson is an unconventional politician.  After successfully leading the Brexit camp to the victory, he has now been named as Theresa May’s new Foreign Minister. Boris Johnson is not only an unabashed nationalist in the British mold, he has recognized that the world has changed.  During the Brexit campaign Johnson and politician Nigel Farage rightly argued that an overly bureucratic European Union stuck in a 20th Century paradigm was choking Britain and holding it back from dealing with a rising China, Russia, India, and Israel.

By naming Boris Johnson as her foreign minister, May essentially sends a signal that the game the Europeans have been playing with the world is up.  Afterall, when the game turns deadly, what else can be expected.  Britain has always had two sides to her.  One as the highly manipulative colonial overlord and the other being the liberty seeking altruist. Neither is 100% representative of Great Britain’s demure, but Boris Johnson’s ascendency to the face of the Kingdom seems to be an acquiesence that Britain can no longer remain attached to the ideas of old.

Afterall, Johnson himself caught much flack when he slammed the BDS movement. “I cannot think of anything more foolish” than to boycott “a country that when all is said and done is the only democracy in the region, the only place that has in my view a pluralist open society,” he said.

Britain as a partner rather than an unwanted interloculator  is of course a postive step. Yet, as has been noted in the past, Britain ends up doing whatever is good for Britain and by whatever means is necessary.  Right now those that control the purse have decided to let the liberty contingent assume power, yet if May and Johnson rock the  boat too much their control won’t last long.

The British elite which are the ones who have set policy since the beginning of the kingdom have always had to bend at times of rising populism.  The tide right now seems to be going in that direction.

Israel must not forget that it was Britain, as colonial master in the Land of Israel, incited Arabs to inflict maximum damage to Jews, while preventing the Jews from defending themselves.  It was the British government which actively blocked Jews from coming to the Land of Israel only to be sent back to Europe to die. It was the British who armed and directed the Arab armies against the young Jewish State. The same British overlords reveled in the the choas they created here in Israel and across Africa and the Middle East in order to ensure maxmum profit without the obligations of justice. They shifted populations and aided Arab allies in migrating, conquering, and controlling much of the indigenous non-Arab populace.

Can Theresa May and Boris Johnson rectify the past sins of the old order without being thrown out by the British elite?  This is highly doubtful, but for now though Boris Johnson becoming Foreign Minister is at least an acknowledgement that global leadership may be shifting away from Europe and shifting fast.