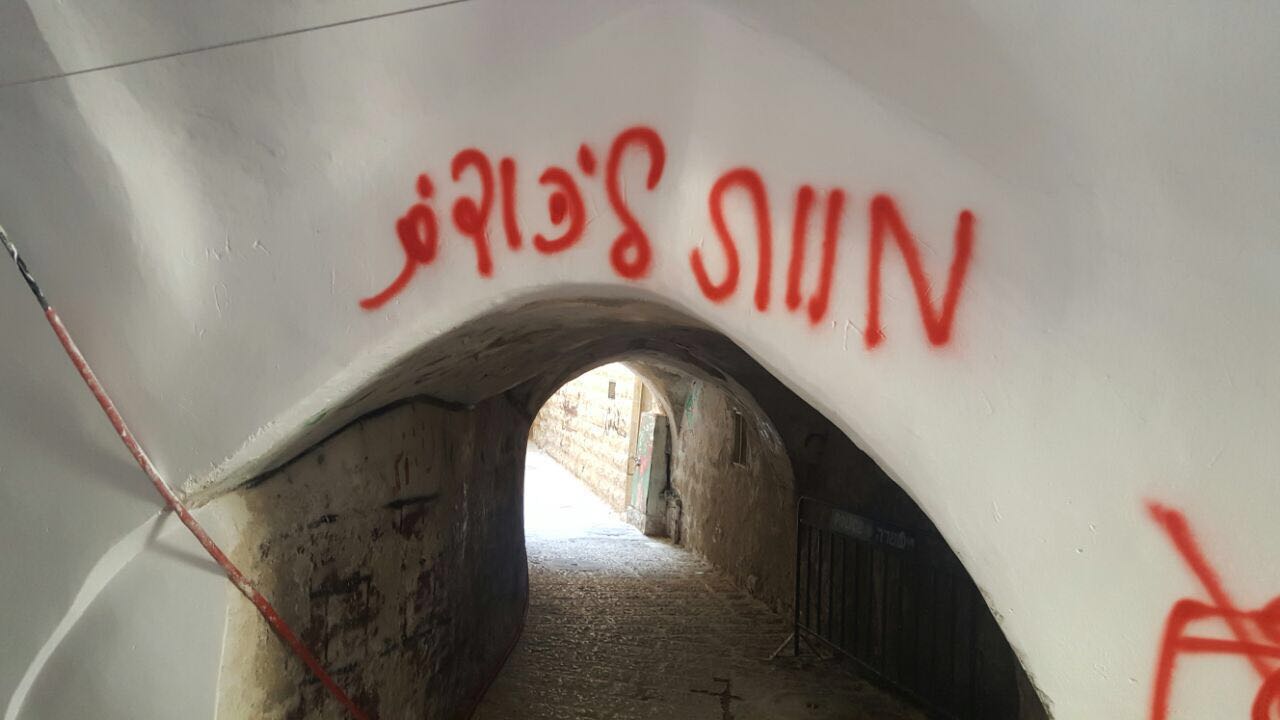 In an ongoing campaign of incitement and intimidation, Arabs vandalized one of the newly resettled Jewish properties in the Old Jewish Quarter of Jerusalem’s Old City.  In a neighborhood, minutes from the Mark Twain house also known as Beit Wittenberg, the words “Death to Jews” were spray painted on the entry way to the building known as the House of the View due to its magnificent overlook of the Temple Mount.

The Old Jewish quarter housed a large amount of Jewish families up until the pogroms of the 1920s, 1930s, and the Jordanian occupation in 1948, when the Jordanians made the Old City Judenrein.  Today the Old Jewish Quarter is known to the world as the “Muslim Quarter” due to the influx of Muslim Arab squatters that settled in formerly Jewish properties after the Jewish residents were forced out.

More and more Jews are moving back to historically Jewish areas which has rattled many of the negative elements on the Arab street. “These sorts of actions and threats are what Jewish residents in these neighborhoods face on a constant basis. This is why we are in great need of security cameras and a reenforced security door for tis building,” Daniel Luria, Executive Director of Ateret Cohanim said about the incident.

Ateret Cohanim facilities the restoration of previously owned Jewish properties as well as reclaiming former Jewish neighborhoods in and around Jerusalem’s Old City. It also works to provide security and coordinates protection and safety measures with the government.

In an ironic twist, many Arab residents of these areas welcome the Jewish presence as it forces the Jerusalem municipality to deal with the many infrastructure issues and neighborhood crime that had been overlooked for years.