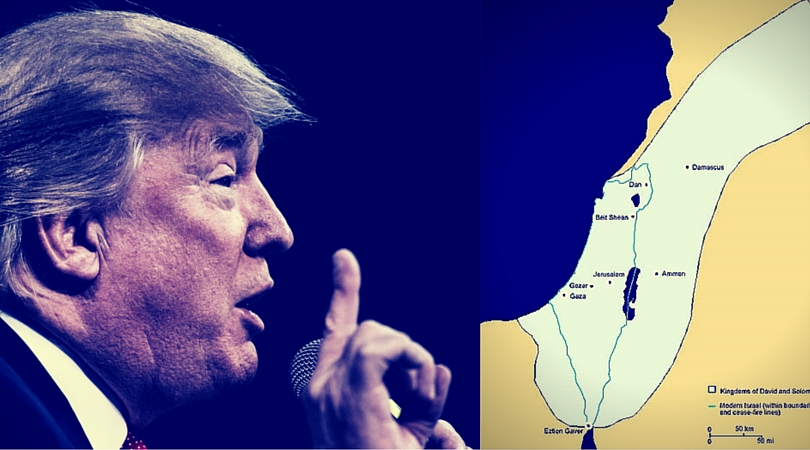 The Republican party’s platform has been hailed as the most pro-Israel platform ever.  If this is the case then why does the ADL and Israel Policy Forum have such a problem with it?

David Halperin, the executive director of the Israel Policy Forum is quoted as saying the following: “It’s unfortunate because president George W. Bush was the president who really famously articulated the idea of two states living side by side in peace and security, which is the kind of baseline goal of US policy ever since.”

According to the Jerusalem Post, Jonathan Greenblatt, CEO of the Anti-Defamation League seemed to agree. “We are disappointed that the platform draft departs from longstanding support of a two-state solution to the Israeli Palestinian conflict – and the shared vision of successive American presidents and prime ministers of Israel, including the current leadership in both countries, who believed it was the only viable way to secure Israel as both a Jewish and democratic state. We hope the delegates will reconsider and reaffirm this pillar of U.S. policy toward Israel in the final platform,” Greenblatt said in a statement.

These two statements reflect what many mainstream Jewish leaders feel about America’s policy towards Israel. They have locked the two-state solution in as the only solution.  In an expression of pure Orwellian logic, anyone, breaking the two-state paradigm is deemed anti-Israel.  If this logic was true then the majority of Israelis that have decided to remove support for a two state solution are also anti-Israel.

What the Republican party platform actually does, is recognize that the facts on the ground have changed and the Israeli populace no longer supports the failed two-states for two peoples paradigm as a solution to the Israeli-Arab conflict. If anything the RNC should be praised for acknowledging the truth, not derided.

American Jewish leadership is at a cross-roads.  With Israel rising to a stature of global leadership, it no longer is as reliant on America, especially American Jews for help.  This puts self proclaimed American Jewish leaders in a tight spot. The faster they realize that a strong independent Israel means disposing of the two-state solution, there will be more of chance that these moribund organizations will remain relevant, but that kind of thinking would take a miracle.