The expression, ‘a state of law and order’ has been bandied around a lot in Israel over the past few years.  Most recently, the mantra has taken on a renewed and intense fervor.  Yet, it’s fevered declaration not only undermines the actual rule of law, but has become to be an existential threat to the very nature and destiny of the Nation of Israel.

Israel is charged with being a nation of Justice and Righteousness, and while the rule of law plays an important role in establishing justice, it is not the only, nor even the central pillar.  There have been many states built around the value of law that were anything but righteous.  Many societies that placed the value of order above all else, were void of any semblance of justice.

In fact, elevating the value of law and order above all others precludes the creation of a just and righteous nation.  In such a society, law and order simply become a vehicle for demanding loyalty to a repressive state bureaucratic mechanism.  It creates a society of rules, not mores; demanding obedience through fear of punishment and retribution, not compliance through consent and approbation.

A society focused on ‘law and order’ creates an adversarial  dialectic between the state and its citizens, whereas when society’s emphasis is on the values of justice and righteous, a natural harmony between the nation and its leadership can flourish.

In a Torah society, magistrates and and marshals (police) neither create nor are they above the law.  In fact, the opposite, they are held to a higher standard.  Even a king is subservient to the Torah.

While the political elite in the State of Israel shout their mantra of  ‘law and order,’ a recent survey by the Midgam Institute, reveals that nearly three quarters of the population thinks that these same elites are buried up to their  elbows in corruption.

The Torah demands that there be ‘shofitm’ (judges or magistrates) and ‘shotrim’ in every gate.       The two go hand in hand.  Not only does the Torah recognize that local leadership is key for the vitality of the nation, it suggests that enforcement without adjudication is a detriment to the health of the community.  Pushing for a police station in every town, without local courts and judges will eventually lead to a type of a police state, in function, if not in name.

We see this dichotomy through the Bible’s description of two very different models of government, that of King Saul’s and King David’s.

While King Saul was a leadership was favorable and popular  at the beginning of his rule, when his kingship lost legitimacy (despite retaining the reigns and power), Saul became ruthless and oppressive, lashing out at anyone who he perceived (even without evidence) as a threat.  King Saul even ordered the slaughter of the kohenim-priests and the Tabernacle at Nov.  (The parallel with the current regime restricting Jewish access to the Mount should not be lost).

Yet, when King David ‘loses’ the kingdom, by losing the heart of the nation, he accepts the judgment, and despite retaining the tools of power (including a well fortified capitol), he doesn’t fight the people’s will, but recognizes the judgment leaves.  David’s stepping down from power, recognizing that he was no longer leading, allowed him to later return to lead the nation.   It is no small coincidence either that the Temple (the heart of the nation) plays a central role in David’s rule.  In fact, it is David’s purchase of the field on Mount Moriah, the building of an altar and the bringing of offerings that stops the plague caused by Saul’s destruction of Nov.   Justice and righteousness is the salve for strict authoritarianism.

According to the Torah model, the leaders are not only under the same law, they are actually held to a higher standard.

The Torah does not demand fealty to a bureaucratic state mechanism (this is not to suggest that conformance with societal rules and norms is not a value), but rather demands loyalty to G-d, His Torah, and His prophets.  Unlike some who have suggested otherwise, an observant Jew does not ‘believe in the state,’ but rather, it is the observant Jew’s duty to push the state into becoming a vehicle of G-d’s Will.  A state that expresses any other will is an anathema to the Torah ideal, and does not represent the Jewish Nation.

Previous Post Palestinian refugees from 1948 may have numbered less than 300,000 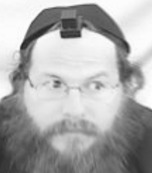 Rabbi Dov Avraham Ben-Shorr is the Rosh Yeshiva of Shevet AHim Yeshiva (www.shevet-ahim.com) and is an active member of the nascent Sanhedrin (http://thesanhedrin.blogspot.com). He has a blog at: http://thejewishnation.blogspot.co.il/

Rabbi Dov Avraham Ben-Shorr is the Rosh Yeshiva of Shevet AHim Yeshiva (www.shevet-ahim.com) and is an active member of the nascent Sanhedrin (http://thesanhedrin.blogspot.com). He has a blog at: http://thejewishnation.blogspot.co.il/