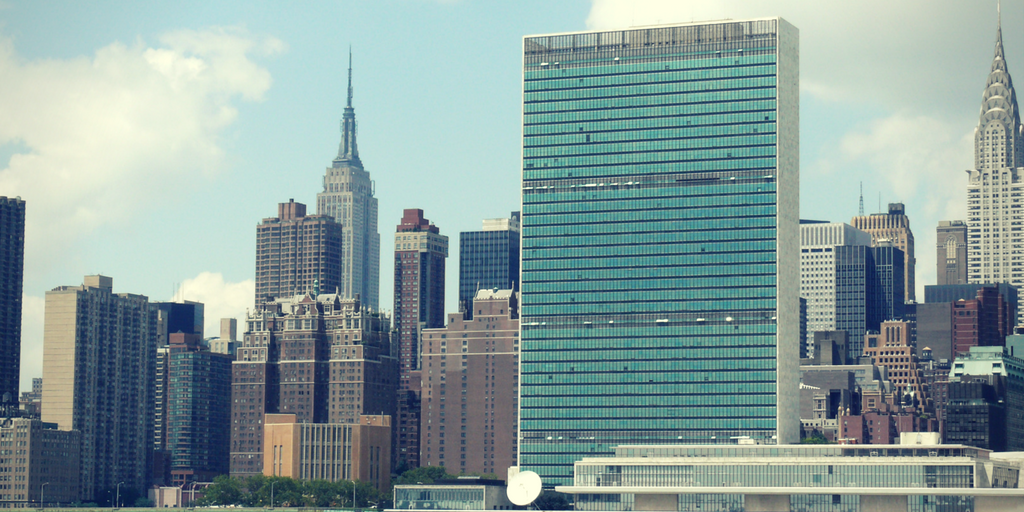 While the passing of the controversial UNSC Resolution 2334 on the eve of Christmas and Hanukkah went under the radar of many, a number of world leaders have spoken out. Even members of Obama’s own party are appalled at the stance taken by the United States; UK Prime Minister Theresa May has rebuked John Kerry for focussing on Israeli settlements; and Australia, a country without a seat at the Security Council, has called the resolution “one-sided” and “deeply unsettling”. However, New Zealand Prime Minister Bill English is yet to comment, despite repeated calls for him to do so.

Fifteen countries sit on the United Nations Security Council. On 24 December 2016 (NZT), when resolution 2334 was adopted, half of the ten non-permanent members were considered “Free” democracies by the UK based Economist Intelligence Unit.

New Zealand had the highest Democracy Index of all fifteen nations, yet joined Venezuela (a “Hybrid regime”), Senegal, and Malaysia (both “Flawed democracies”) to co-sponsor the text prepared by Egypt (“Authoritarian”).

Regardless of how democratic a country is, the votes at the UNSC are cast by individual representatives who may not be fully supported by the citizens they represent. There are suggestions that New Zealand Foreign Minister, Murray McCully, did not seek cabinet approval before sponsoring or voting for the text. There is also evidence to suggest the United States colluded with the Palestinians and Egypt to formulate the text of the resolution, despite US denial.

United States President Obama and Secretary of State John Kerry abandoned a longstanding practice of using the US veto power against biased resolutions when they abstained from the vote, prompting bipartisan outrage from congress. The US also allegedly helped develop the text, which would include abandonment of longstanding US policies, including land-for-peace, opposing the discriminatory BDS movement, and insisting that the parties to the conflict must resolve their differences.

Despite UK Foreign Secretary Boris Johnson casting the UK vote for the resolution, Prime Minister Theresa May has spoken out against the aggressive and biased rhetoric of Obama and John Kerry in their “lame duck” period. She said:

We do not believe that the way to negotiate peace is by focusing on only one issue, in this case the construction of settlements, when clearly the conflict between the Israelis and Palestinians is so deeply complex… The [UK] Government believes that negotiations will only succeed when they are conducted between the two parties, supported by the international community”Theresa May

Russia was another country that voted for the resolution but, after the vote, issued a statement criticizing the way it was brought to the Security Council, in a surprise move just a day after Egypt pulled its own proposal on the matter. The Russian statement said

Our experience shows convincingly that a two-state solution to the Palestinian-Israeli conflict is only possible through direct talks between Palestinians and Israelis without any preconditions.”Russian government

Not all nations have waded into commentary on the anti-Israel resolution. However, Australia – a country that does not have a seat at the Security Council – has condemned the resolution. Prime Minister Malcolm Turnbull affirmed his country’s support for a peace deal between Israelis and Palestinians, which he said could only come about through direct negotiations between the parties, a stance Israel has repeatedly put forward. This follows Australian Foreign Minister Julie Bishop saying Canberra “has consistently not supported one-sided resolutions targeting Israel” and would have voted against resolution 2234. This is consistent with an interview Bishop gave in 2014, in which she said West Bank settlements should not be referred to as “illegal” and

The only democratic country to be more fiercely opposed to the resolution is Israel. Prime Minister Benjamin Netanyahu rejected the resolution in the symbolic act of lighting Hannukah candles at the Western Wall (which the resolution considers part of “occupied Palestinian territories”). He reportedly said “Israel is strong, and I won’t let us be spit on. We will respond forcefully.” Israel has also recalled ambassadors to Senegal and New Zealand.

We expect further support for the Palestinians’ righteous cause of ending the occupation.”Fawzi Barhoum