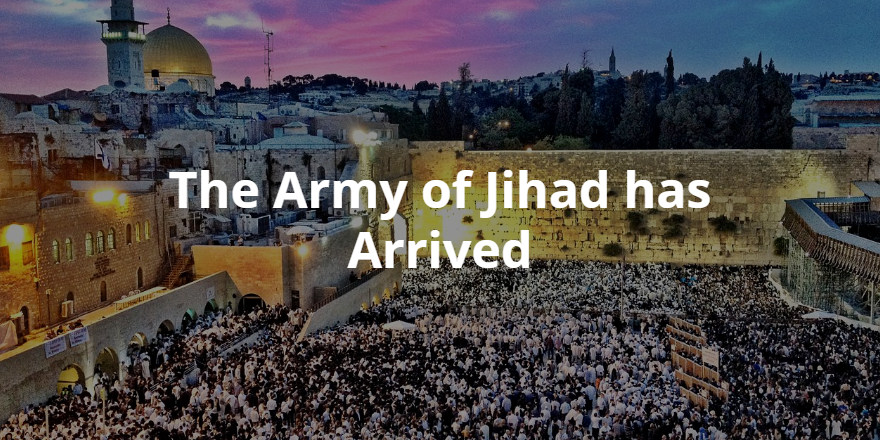 Since the attacks in Paris, much of the Western World has begun to realize that a great war has been underway and they were sleeping through it. This war between the Liberal West and Radical Islam is like no other war the World has experienced. It is not fought on traditional battlefields between armies, but rather the Army of Jihad fights everywhere. When in areas that are majority Muslim they fight with soldiers, but outside of their direct sphere of influence the Army of Jihad fights through the guise of Radical Islam. In places like Paris, where a burgeoning Muslim population exists, terror is the main weapon of choice. In these scenarios everyone is a combatant. For the Army of Jihad the woman and child of the infidel is an enemy combatant and in return their own soldiers are made up of women, children, and the old.

The West cannot understand why it is they are losing this war. They classify the heinous acts in Paris as “Terror,” which they are, but the leaders of the West fail to go deeper. Terror is really just a weapon that one army chooses to harness in a war. At the end of the day the Army of Jihad (whether that is ISIS, Hezbollah, Hamas, Al Qeida, etc.) employs any weapon that works to defeat the enemy. The West still believes this war is about uplifting the masses of Muslims from abject poverty and then they will pacify. Well that has not happened.

To understand what the Army of Jihad wants we must understand the concepts within Islam of Dar al-Islam and Dar al-Harb (Abode of Islam and Abode of War). Dar al-Islam refers to areas of the world under the rule of Islam , literally, “the home of Islam” or “the home of submission.” Many Muslims also attach past conquests to this abode as well. That would include Spain and much of Hungary and Southeast Europe. These areas must be reconquered.

Dar al-Harb refers to the Abode of War. The inhabitants of the Dar al-Harb are called harbi as opposed to dhimmi or kufr (non-believers, pagans). These areas must be cleansed by war and reassigned under Dar al-Islam. Pay attention, Christians and Jews can live if they accept second-class citizenship. This does not refer to the West where Islam is not in control. The West, Far East, and Africa are all under Dar al-Harb because Muslims are not in control of these places.

According to Prof. Muhammad Ishaq Zahid, “Dar al-Harb (Domain of War) refers to the territory under the hegemony of unbelievers, which is on terms of active or potential belligerency with the Domain of Islam, and presumably hostile to the Muslims living in its domain.”

The above is key to understanding why the Army of Jihad, through its ideology of Radical Islam, wages war on all levels with the West in particular and the rest of the World in general.

The Army of Jihad sees the West as broken down into Dar al-Harb (after all these countries are potentially belligerent towards the lands of Dar al-Islam and where non-Muslims are in control of Muslims) and Dar al-Islam including areas under former Islamic rule like Spain, Israel, Nigeria, Hungary, the Balkans, and Bulgaria.

So why terror? Why is that a weapon so often used by the Army of Jihad? Simply put, all means must be put in the Army’s disposal to win. By enabling the attackers to see all non-combatants as really combatants there are no limits to who can be killed. Of course since Radical Islam as an ideology espouses a war where everyone of the enemy’s citizens are culpable because they strengthen the hold over Dar al-Harb and parts of Dar al-Islam they are no longer non-combatants.

Two terror attacks occurred on Friday, one in Paris and the other in Hebron Hills near Otniel. The press focused on Paris, but has failed to understand that its root really begins here in Israel. It is noted that a Red Crescent Ambulance failed to administer first aid to the victims of the terror attack in Israel. Why? Well after all these “settlers” are no longer deemed non-combatants, but rather part of the army of the “Occupation.” Men, women, and children are fair game in that case and so naturally why treat an enemy combatant in the middle of war. Furthermore, the medical crew inside the ambulance saw itself as a combatant (and after its actions it is) and by nature lent itself to helping the cause against the “Occupation.” Let me be clear here, the occupation has nothing to with Israel and politics, but rather occupation of Dar al-Islam. In that war, everything is fair game.

The faster the West understands what Israel has had to contend with for much of the last 100 years, the greater chance it has to change course and defeat the Army of Jihad. If not, Americans and Europeans will be wondering why ambulances are not stopping for their sick and wounded. By that time there is not much to be done as the Army of Jihad will have won.