An emotional Facebook post has gone viral in Israel and laid bare the sad state of intermarriage in the Jewish State.

“Nice to meet you, I’m Raza’le the aunt of Khalid and Muhammad Mahamra,” began the post by Yael Cohen. She wrote the post shortly after the terror attack at the Sarona Market in Tel Aviv.

“The attack in Sarona takes me back 15-20 years. Khalid and Muhammad used to run around in my house as small children. They would sit on my lap and they were even babysitters for my young children. The Haredi suits that they dressed up in gave me deja vu and brought back bitter memories.”

Yael further detailed the story of her childhood and how she came to be the aunt of the two Arab terrorists. “I was 14 years old and living in a stable Jewish home in Malaga, Spain. My parents had marital problems and got a divorce. My older sister made Aliyah to Israel, met a Haredi boy from a good home, and got married. I followed in my sister’s path and was accepted to a well-known Haredi seminary in Jerusalem. I was a good student and was liked by both my friends and teachers. The teachers highly praised by me.”

“As a good student and a responsible girl, I was placed in charge of collecting small change from the girls of the seminary to buy treats for Shabbat. I would buy the treats in the Tzion mini-market next to the dormitory. There was a nice boy there named Netanel. He was Haredi, wore a white shirt and jacket, had short payos like Lithuanian yeshiva boys, and an ‘American-style’ black kippah.  Most importantly, he wasn’t Ashkenazi…”

“After a year of exchanging glances as I would buy treats, Netanel gathered the courage to speak to me about things beyond my purchases. He started by saying things like, ‘You’re very pretty’ and ‘It would be great if Hashem decided to set us up.’ He also said other nice things. One day my father came to visit me. I went proudly with him to the mini-market and Netanel asked to speak to him alone. Netanel said to him, ‘Hi Mr. Cohen, I’m also from a Cohen family, Netanel Cohen. I know it’s not generally accepted, but I’d like to ask you to speak to my parents about setting me up with your daughter.’ In front of my father, he identified himself as the son of the store owner. My father told me the story and noted that the gentle way Netanel had asked and the self-confidence he showed impressed him. Netanel had also told my father that he learned in Sephardi yeshivas. Netanel took my father’s phone and address in order to be in contact to set up a meeting between the two families.”

“My father was very impressed with the young man, but asked me not to see him until the families had a chance to speak as was accepted. In the meantime, my father wanted to double check the family and the boy. Two days later, on Erev Shavuot, Netanel asked to meet alone in order to get to know one another. I agreed. Six weeks later I found myself in the home of Netanel who had pretended to be a Haredi boy from a good home. His real home was in the village of Yatta.”

“Netanel suddenly became Abdallah. His Haredi uniform became the costume that he wore to work. Suddenly, I was barely 16 and already had a baby in my stomach.”

“Five years passed and I, Raza’le (Yael in Hebrew), had my world destroyed. I had two children on my lap. I quickly learned the Arabic language and maintaining my optimism, I tried to keep up Jewish practices. I lit candles, kept Kosher, and was Shomer Shabbat. Nonetheless, my status was as a maidservant. The beatings and humiliation were constant. The house was my only world- cleaning, cooking, and having relations with a man who had become evil, violent, and disgusting. I was in a living hell.”

“In 2007 I found a phone that someone had forgotten in the house. I called my father and he didn’t answer. I didn’t know at the time that my father was in the hospital after having his heart broken. He later passed away. Next, I called my sister and described where I was. A week later I was free with my two sons. Somehow we managed to obtain Spanish visas for the children and we returned to Spain.”

“The story doesn’t end there. My Arab ex-husband, along with his brother (who is the father of the terrorist, Khalid) flew to Spain in order to take me back. However, in Spain the two received a lesson in Jewish solidarity (without the involvement of the High Court or B’tselem). The lesson they received wiped out any future thoughts they may have had of taking me back.”

“I have recovered since then and thank G-d, my sons now learn in yeshiva and are excelling in their studies. They are good Jewish boys. Seeing the suits of the Arab terrorists from Yatta reminded me of another Arab from Yatta who dressed in a suit on Erev Shavuot. For me it was deja vu. Apparently it is the modus operandi of that cursed family from Yatta to dress in suits.”

Next Post [podcast] Daniel Luria: Why Does the World Care When Jews Build Buildings? 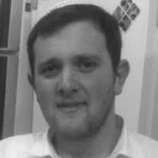