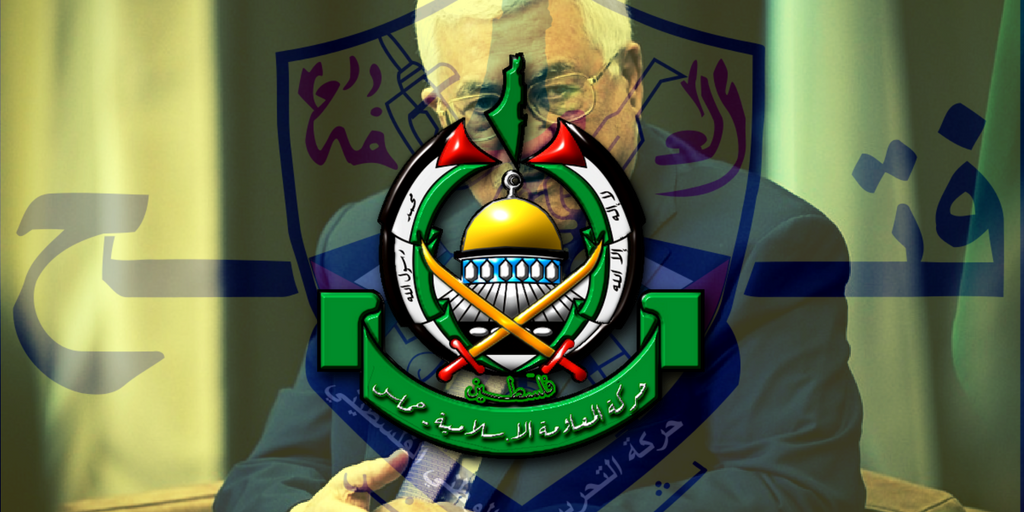 On Tuesday, a delegation of 400 Fatah officials from Ramallah, led by Palestinian Authority Prime Minister Rami Hamdallah, arrived in Gaza to officially surrender to Hamas.

How is this the case? Ten years ago this past June, after a very brief and deadly assault by Hamas terrorists against US-trained Fatah forces in Gaza, the Fatah forces cut and ran to Israel for protection. Fatah politicians also headed for the border and then scurried into Fatah-controlled (and Israeli protected) Ramallah. Ever since, Hamas has served as the official authority on the ground in Gaza. Its personnel have been responsible for internal security and for Gaza’s borders with Egypt and Israel.

Despite their humiliating defeat and removal from Gaza, Fatah and its PA government in Ramallah continued to fund Hamas-controlled Gaza. They paid Gaza’s bills, including the salaries of all the PA security forces that were either no longer working or working double shifts as stay at home Fatah gunmen and up and coming Hamas terrorist forces.

The PA paid Hamas’s electricity bills to Israel and it paid Israeli hospitals which continued to serve Gaza.

Internationally, the PA defended Hamas and its constant wars against Israel. The PA and Fatah, led by President-for-life Mahmoud Abbas, continued to use Israel’s defensive operations against Hamas as a means to ratchet up their political war against Israel. The latest victory in that war came last week with Interpol’s decision to permit the PA to join the organization despite its open support for and finance of terrorism.

For most of the past decade, the PA-Fatah has allocated more than half of its EU- and US-underwritten budget to Hamas-controlled Gaza. It has defended its actions to successive delegations of US lawmakers and three US administrations. It has defended its actions to EU watchdog groups. No amount of congressional pressure or statements from presidential envoys ever made a dent on Abbas’s strident devotion to paying the salaries of Hamas terrorists and functionaries.

But then, in April, Abbas cut them off.

Ostensibly he cut them off because he was under pressure from the US Congress, which is now in the end stages of passing the Taylor Force Act. Once passed, the law will make it a bit more difficult for the State Department to continue funding the terror- financing PA.

While the Taylor Force Act is the ostensible reason for Abbas’s move, Palestinian sources openly acknowledge that congressional pressure had nothing to do with his decision.

From 1994, when the PA was established, until 2007, when Hamas ousted his US-trained forces from Gaza, Dahlan was the Gaza strongman.

Once one of Abbas’s closest cronies, since 2011 Dahlan has been his archenemy. Abbas, now in the twelfth year of his four-year term in office, views Dahlan as the primary threat to his continued reign.

As a consequence, he ousted Dahlan from Fatah and forced him to decamp with his sizable retinue to the UAE. There Dahlan enjoys exceedingly close ties with the Nahyan regime.

The UAE is allied with Egyptian President Abdel Fattah Sisi. Both view Hamas’s mother organization the Muslim Brotherhood as their mortal foe. As a result, Sisi and the UAE as well as Saudi Arabia sided with Israel in its 2014 war with Hamas.

Since May, the UAE, Saudi Arabia and Egypt have been in open conflict with Qatar. Qatar, which sponsors the Muslim Brotherhood, has long sponsored Hamas as well.

Since the start of the year, the UAE has been interested in prying Hamas away from Qatar. And so with the blessing of his UAE hosts, Dahlan began building ties with Hamas.

Recognizing Dahlan’s close ties to the UAE and through it, with Sisi, Hamas, which has been stricken by Sisi’s war against it, and particularly Sisi’s enforcement of the closure of Gaza’s border with Egypt’s Sinai, was quick to seize on Dahlan’s initiative.

The talks between Dahlan and Sisi on the one hand and Hamas on the other were ratcheted up in April after Abbas cut his funding to Gaza.

In May, Hamas formally cut its ties with the Muslim Brotherhood.

In exchange, Sisi permitted the Rafah border crossing with Gaza to open for longer hours and permitted Gazans to transit Egypt en route to their religious pilgrimage to Saudi Arabia, among other things.

To build its leverage against Abbas, beginning in the spring, Hamas began describing Dahlan as a viable alternative to Abbas. The UAE agreed to begin financing Hamas’s budget and to help pay for electricity.

Against this backdrop, it is self-evident that Abbas didn’t send his own representatives to Cairo to negotiate a surrender deal with Hamas because his aid cut-off brought Hamas to its knees. Abbas sent his people to Cairo because Hamas’s double dealing with Dahlan brought Abbas to his knees.

As for Sisi, Hamas has also played him – and the UAE.

Over the past few months, Hamas has been rebuilding its client relationship with Iran. A senior Hamas delegation visited Tehran last month for Iranian President Hassan Rouhani’s swearing-in ceremony.

They met there with Iranian Foreign Minister Javad Zarif and with senior Revolutionary Guards commanders.

A month earlier, senior Hamas terrorist Salah Arouri, who lives under Hezbollah protection in Beirut, paved the way for the reconciliation in a meeting under Hezbollah sponsorship with senior Revolutionary Guards commander Amir Abdollahian.

Concerned about Tehran’s growing influence in Gaza, and through it, the Sinai, where Sisi continues to fight against an Islamic State-backed insurgency, Sisi has an interest in tempering Hamas’s client-ties to Tehran.

In all cases, of course, Hamas wins.

The fact that Hamas has just won is obvious when we consider the unity deal it just concluded with Fatah.

Hamas made one concession. It agreed to break up its civil governing authority – a body it formed in response to Abbas’s decision to cut off funding in April. In exchange for agreeing to disband a body it only formed because Abbas cut off its funding, Hamas receives a full restoration of PA funding. The PA will fund all civil service operations in Gaza. It will pay the salaries of all civil servants and security personnel in Gaza. It will pay salaries to all Hamas terrorists Israel freed from its jails.

In other words, the PA will now be responsible for keeping the lights on and picking up the garbage.

And Hamas will be free to concentrate on preparing for and initiating its next terror war against Israel. It can dig tunnels. It can build missiles. It can expand its operational ties with Hezbollah, Islamic State, Iran’s Revolutionary Guard Corps and Fatah.

In the wake of Hamas’s leadership’s meetings in Tehran, Sinwar told reporters that Hamas is now moving full speed ahead toward doing all of these things. Sinwar said that Hamas is “developing our military strength in order to liberate Palestine.” He added, “Every day we build missiles and continue military training.”

Thousands of people, he said, are working “day and night” to prepare Hamas’s next terror war against Israel. And indeed, two weeks ago, two Hamas terrorists were killed when the tunnels they were digging collapsed on them.

First, the notion that Fatah is even remotely interested in defeating Hamas is complete nonsense. For 10 years since its forces were humiliated and routed in Gaza, Fatah has faithfully funded and defended Hamas. Abbas’s only concern is staying in charge of his Israeli-protected fiefdom in Ramallah. To this end, he will finance – with US and EU taxpayer monies – and defend another 10 Hamas wars with Israel.

The second lesson we learn from Hamas’s victory is that we need to curb our enthusiasm for Sisi and his regime in Egypt, and for his backers in the UAE. Sisi’s decision to facilitate and mediate Hamas’s newest victory over Fatah shows that his alliance with Israel is tactical and limited in scope. His decision to side with Israel against Hamas during Operation Protective Edge three years ago may not repeat itself in the next war.