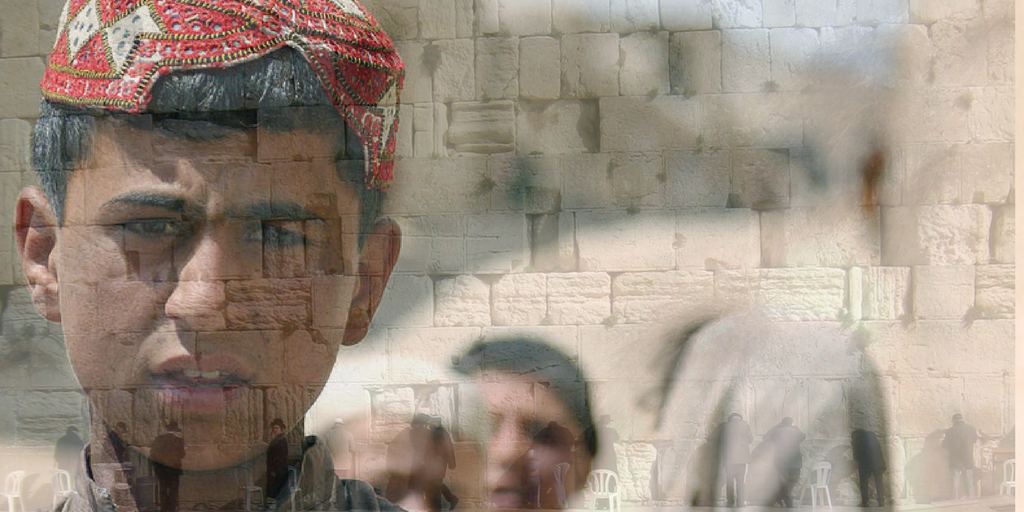 Why is it that David and Jonathan loved each other so deeply? It is because they balanced each other. Jonathan was from the side of Benjamin, of the right side. David was from Judah, from the left side of judgments and boundaries, reflections and acknowledgements. They mirror the same duality as Rachel and Leah. Two wings of the same bird, two sides of the Sefirotic system, two elements of pure G-dliness.

Oh Jewish friends and family, we are so alone in this world. We are a lamb among wolves. Or so we think. Our mindset isolates us as much as the reality of the truth of our experience. But things are changing. “Jews,” we are Judah, we are Levi, we are Cohen, and we are some Benjamin, but where are the rest? They aren’t lost. They are right near us. They are so close to us. They are everywhere but in our hearts and minds. They are lost because we have forgotten them. They are lost because we have closed our hearts to them.

Family disputes are rampant these days; all over the place. There is almost no way to escape them. Will we, the younger generation, grow up and learn to be civil with each other? Will we learn that everyone has their place in this world, and we all simply need to do our personal tikkunim (rectifications), without too much stress on what everyone else is doing? Will social media help us or be our doom?

We are smarter than ever, oh young Jews. Yet, are we wiser? Will we grow wiser than our elders, and learn to get along with each other? The oldest family dispute we must care about today is that of the Kingdoms of Judah and Israel. When we were split, we were separated, and the ‘first’ Temple was destroyed soon after. Do we care? Do we remember why this matters?

Modernity teaches to let go of our archaic roots and instead embrace science and hi-tech. Our job as Jews is to lift the world up to G-d and to bring the Knowledge of G-d down into the physical realms: into the iPhones, the WWW, the Amtrak. We aren’t Amish people. We’re Jews. English speaking Jews. We are light years ahead, and yet, we have embraced a foreign culture and we are in exile. We can’t forget that we’re in exile. We can’t forget that we are without a temple. We can’t forget that the tribes split in two and our long lost brethren are out there, waiting. They are waiting for us. Are we waiting for them? It’s in the prayers, but have the prayers become dead to us? Or have we become dead to the prayers?

The Assyrians took away the tribes of Israel to modern day Afghanistan (and some of what’s been deemed Pakistan) and they’re still there. They are called Pashtuns, and for various political reasons, very few are going to speak publicly about this. But they’re there. They call themselves “Bani Israel”. The names of their enormous tribes include Rabani, Shinwari, Levi, Mussazai, Yosefzai, Barakzai, Binyaminzai, Isakzai, Zevulunzai, Ashuri, Efridi and so on. (“Zai” means “sons of”). Their traditions include marrying under a chuppah, laws of niddah, separation of milk and meat, not eating non-Kosher animals or sea creatures, separation of dishes, lighting candles Friday night, circumcision on the 8th day, Talit/ prayer shawl, cities of refuge, levirate marriage, rubbing blood of slaughtered animals on doorposts, and much more.

Do we care yet? What does it mean? Why is it important that the Tribes of Israel reunite? Do we remember? Have we been learning our tradition? Or have we assimilated entirely?

Pashtuns number around 50 million people in the world and they are struggling for their independence. The creation of nationstates has been problematic and challenging, but they are a holy, holy, holy people and I know they will endure. Just as we have. We are eternal.

After the destruction of the Temple, the family of King Saul headed east to the land that the Assyrians took the tribes of Israel (ten tribes) to, and centuries later, became their kings there. Being from Judah, David’s line, we decided to write down the oral tradition, and thereby became dramatically different than the other tribes immediately. We became literate, but we also became less connected to G-d’s spirit, in a way. From this perspective, our exile is thicker than theirs. Ultimately, if any of us are in exile, we all are. We await the redeemer to rule over all of us, and we await the day that we will all become prophets again, with clear channels to G-d. We are very far from that day, but we can’t forget the path that has been laid out for us.

King Saul’s family is known as the Mahmadzai Family. The last kings of Afghanistan up until the late 1970s were descendents of Jonathan son of King Saul and this fact is documented throughout history books. The Afghan Jews can also verify this. The royal family known as the Musahiban dynasty can also testify to this.

In the late ‘70s, the Soviets murdered their king and family in a bloody coop and the remaining family was forced to flee – 100 families. They mostly settled in the Silicon Valley of Northern California. (That’s just proof that they’re the royal family, isn’t it?) Sadly, the internet has gotten that event all confused, and again, political interests have twisted those events in various directions. Still, ever since then, the country of Afghanistan has gotten nearly as messy as its half-recognized neighbor, “Pakistan”. Afghanistan turned from a cultural epicenter into “the Islamic republic of Afghanistan” where a new constitution doesn’t allow criticism against Mohammad or Islam. I personally spent a week with the Musahiban family and found them to be some of the most beautiful, loving, mystical, holy, cultured & fascinating people on Earth.

I’m grateful G-d didn’t allow the United Kingdom of Israel to last for very long. G-d showed us how wrong we were to request kings by creating the whole story of David and Saul. We were told over and over by the prophets not to ask for kings, and yet we persisted, and this is what we got. Now, we are stuck in our own ego of: who is better, who is more educated, who is more true to source, who is a better Israelite. However, we tribes must reconnect purely – from the heart – understanding that we are all puzzle pieces and that we have much to learn from each other!

This is not about conversions or relocations of masses of people. It is about love and familial peace. If we yearn for world peace we must start with peace in ourselves, our communities, and our nation. Why is there a Messiah son of David and a Messiah son of Yosef? It’s the symbolization of the reunification of the Kingdoms of Judah & Israel.

We must recall that our nation is much bigger than the Jewish people.  We are dumb and blind if we think otherwise.