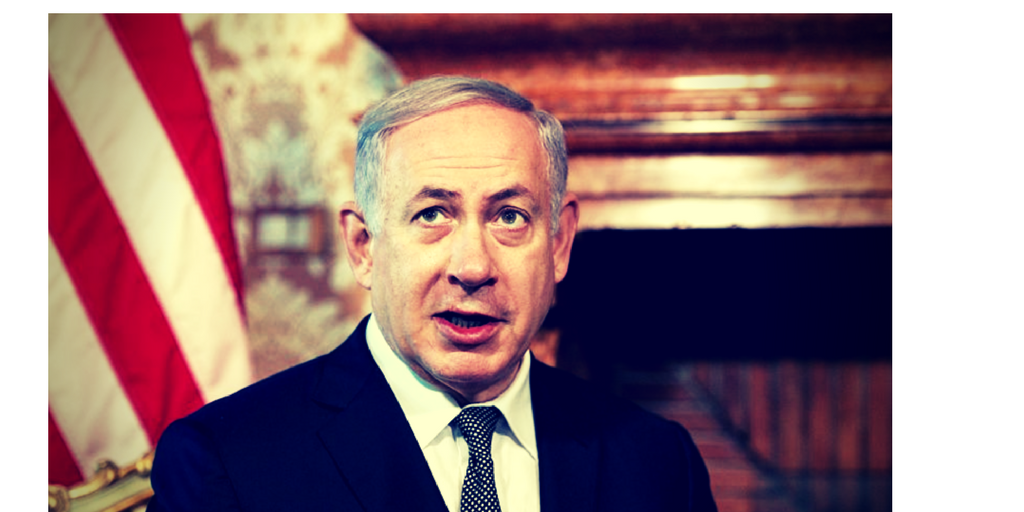 Ever since he [Benjamin Netanyahu] was elected to lead the Likud and especially after he became prime minister, the mainstream media has ceaselessly sought to besmirch him and his family. No other democratic leader has been continuously vilified to such an extent. The liberal Israeli media has had more front-page coverage of Netanyahu’s alleged personal failings and vague accusations of corruption than coverage of the turbulent and bloody events in the region that threaten our very survival.- Isi Leibler, Dysfunctional Politics and Disgraceful Behavior , February 20, 2018.

The past week was just another normal week in Israel—with new and sensational allegations and suspicions of evermore grave violations of the law by the Prime Minister, Benjamin Netanyahu, being supposedly uncovered by the police—and dramatically covered by a frenetic press.

Ever since his unexpected, razor-thin 1996 victory over Shimon Peres—the left-leaning liberal establishment candidate for the premiership—Netanyahu has been hounded and harassed by his political rivals within Israel’s entrenched civil society elites, and subjected to a maelstrom of allegations that range from the petty to the preposterous.

For two decades, he has been assailed by the self-appointed bon-ton set, who saw him as an impudent upstart usurper of the their divinely ordained right to govern. Significantly, the recriminations against him rarely—if ever—related to the manner in which he discharged the duties of the office to which he was elected.

As their astonished disbelief morphed into visceral rage, a cavalcade of charges was unleashed, admonishing him (and/or his spouse) for irregular use of garden furniture, the employment of an electrician, the proceeds from the sale of recycled bottles; payments to a moving contractor, an inflated ice cream bill (no kidding), the cost of his wife’s coiffure, meals ordered for the official PM residence from restaurants; expenses involving the care of his ailing 96 year old father-in-law…

Significantly, several of the investigations into these “grave transgressions” ended with a recommendation by the police to indict. Equally significantly, no indictment ever materialized—usually because of “difficulties with the evidence provided”.

Indeed, just how ludicrous and uncalled for the relentless witch-hunt appeared to some outside pundits is vividly reflected in a scathing critique of the anti-Netanyahu probes by the ever-incisive Daniel Greenfield, who jeered disparagingly: “Netanyahu’s wife was accused of stealing bottle deposits. ‘Attorney general mulls probe into Sara Netanyahu’s bottle deposits’ isn’t a gag, it’s an actual headline.”

With the onset of the March 2015 elections, most pundits confidently predicted the end of the Netanyahu era. Buoyed by optimistic polls and bolstered by ample foreign financing, provided by an undisguisedly anti-Bibi Obama administration, Netanyahu’s left-of-center rivals felt assured of victory.

Stunned by his strong showing and devoid of any alternative contender of adequate stature, they apparently despaired of defeating him at the ballot box—and fell back on other less democratic measures.

Thus, after huge media hype and well over a year of intensive investigation that spanned several continents and reportedly cost tens of millions of shekels—paid for by the very same taxpayers Netanyahu is suspected of defrauding—apparently all the police could come up with is what was already known by many: Netanyahu had ill-advisedly accepted an inordinate amount of wine and cigars over a ten year period from close personal acquaintances. Allegedly, in exchange for these plentiful high-end gifts, all that Netanyahu is supposed to have actually done is to help one of his generous friends, with a long record of service to the country, with his US visa arrangements. How heinous of him. How detrimental to the citizens of Israel and the principles of good governance!

As far as has been reported, everything else that Netanyahu attempted to achieve, supposedly in return for this untoward largesse, came to naught—leaving us to puzzle over how this was in anyway damaging to public welfare or how the national interest was undermined by it.

The other accusation, of bribery,  fraud and breach of trust, also entails something that never happened. In this case, Netanyahu met with the owner of a widely-read daily, that was consistently and fiercely critical of the Prime Minister, who was asked to use his influence to reduce competition from a rival daily, in return for less negative coverage.

Nothing ever came of the meeting. Quite the opposite. Netanyahu stanchly defended the rival newspaper against proposed legislation, intended to close it down, while its unrequited competitor continued to lambast him.

No less perplexing—and perturbing—were the developments of the past few days.

In the wake of intensive investigations, a number of senior managers and major shareholders of a large tele-communication corporation were arrested together with the director-general of the Ministry of Communications and Netanyahu’s former media advisor.

Here there appear to be two major charges. The one is that Netanyahu, as Minister of Communications, acted to advance the commercial interests of said corporation and its major shareholder. In return for this, Netanyahu and his family were supposedly given favorable coverage by a media channel, Walla, owned by the putative beneficiaries of Netanyahu’s purported efforts on their behalf.

The only real evidence of this seems to be a liberally photographed report of Sara Netanyahu visiting fire fighters in the north of the country—hardly much of a “quo” for such an allegedly substantial “quid”.

Bibi-phobia and the law of unintended consequences

The other suspected transgression involves an approach, allegedly made by Netanyahu’s former media advisor to a retired judge regarding her possible appointment to the position of attorney-general—if she would act to drop criminal probes against Sara Netanyahu.

Significantly, neither the judge nor the current Head of the Supreme Court, whom she informed of the approach, considered it a matter of any serious substance—and certainly not one entailing criminal intent. Indeed, neither of them felt the need to pursue the matter and certainly not to report it to the police.

This, in itself, would appear to be the ultimate mitigating factor in this case—demonstrating that no malfeasance was at hand.

However, it seems that Bibi-phobia is so intense it can generate some surprising unintended consequences. For the reticence of the two judges appears to have ignited the ire of those who normally consider the judiciary to be the “holiest of holies” in Israeli society—and the ultimate weapon with which to dispatch Netanyahu from power.

I do not know whether or not there is some contorted, esoteric legalistic interpretation of the law by which Netanyahu’s conduct could be deemed grave criminal transgression.

But, I have little doubt that even if such an interpretation does exist, it would leave the overwhelming majority of impartial laymen unpersuaded.

Indeed, despite the massive media blitz on his legitimacy and leadership, the Likud seems to be gaining in strength—at least in the polls—where one actually found it would surge to 34 mandates, far outstripping its closest rival by a whopping 14 mandates.

For, as a layman, it is difficult to avoid the distinct impression that the unrelenting drive to bring an indictment—any indictment—against Netanyahu has long exceeded the bounds of reasonable law enforcement. Thus, it would seem, that where Netanyahu is concerned, the forces of law and order appear be to trying to outlaw every give-and-take interaction in political life, thereby extracting the very essence of political activity itself.

Indeed, one might be excused for raising the suspicion that a desperate attempt is underway to criminalize anything and anybody with any perceived congenial association with Netanyahu —whether professional or personal.

This is deeply disturbing. After all, by what seems to be criminalizing actions—even unperformed—by inferring nefarious intent to them—one is veering perilously close to criminalizing thought.

In observing the public furor over the criminal probes into Netanyahu’s alleged misdeeds, a heretical thought crept into my mind.

Indeed, I could not help wondering: How many of the same champions of the rule of law, clamoring to convict and punish Netanyahu  to the full extent of the law, for accepting cigars and champagne, are also calling for the release Marwan Barghouti, serving five life sentences for murdering Israelis—to allow him contend for the leadership of the Palestinian Authority, so that he can engage in the ultimate act of extorted quid-pro-quo—extorting land for a precarious pledge of peace.

Of course, a little hypocrisy goes a long way…

Clearly, none of this is intended to convey the impression that Netanyahu is irreplaceable. After all, at some stage the Netanyahu-era will eventually come to an end, and some successor, whether more capable or less so, will be found to run the affairs of the nation.

What, however, is being contended is that, in the absence of some incontrovertible—and incontrovertibly grave—infraction, the composition of the government—or any change therein—should be decided by the polls, not by the police or a politicized press.