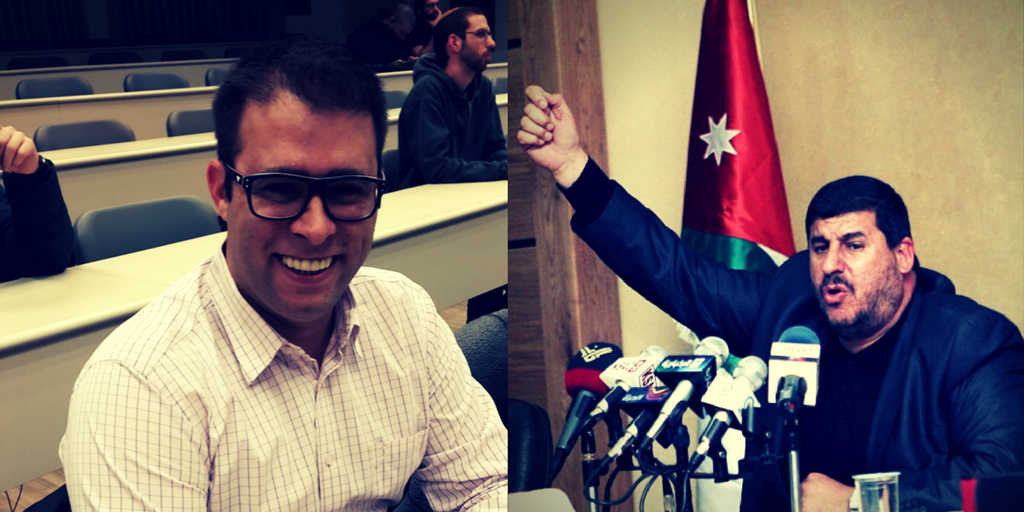 MK Oren Hazan, known for his bellicose nationalist views as well as a number of Knesset investigations was called back from a duel with his Jordanian counterpart Yahya Al-Saud  on the Allenby Bridge today. Prime Minister Netanyahu put cold water on the high stakes rumble that was set to disrupt and reignite the already heated situation between Israel and Jordan.

The Prime Minister’s Office said that Netanyahu’s chief of staff Yoav Horovitz had called Hazan and implored him not to go to the meeting. Hazan complied with the request.

“I came today ready for a meeting of peace but when the prime minister asks, I respect his request,” he told Israel Radio from the border.

From the beginning Al-Saud had called upon Hazan to meet him for the duel.

“The shoe of any Palestinian child is more honorable than this villain and his entity [country],” Saud said of Hazan, according to Jordanian reports, “and the shoe of any Arab and Muslim is better than him and his rogue entity, which has no origin and no religion.”

Despite the fizzled end to the high stakes fight, there is current underneath the whole incident. Hazan will most likely never be Prime Minister, but he has his pulse on the great majority of Israel. It is this silent majority that swept Bibi and Likud back into power when no one thought they had a chance and it is this silent majority that is tired of the back tracking on security and national pride that seems to have guided Netanyahu’s decision on removing the security measures on the Temple Mount.

The street in Israel is highly unpredictable. Yet, there are some aspects to it that a guy like Oren Hazan gets. Israelis like the “gever,” the real man.  Hazan may be unfitting to be Prime Minister, but he revealed something basic that Bibi Netanyahu is increasingly showing to have lost and that is a connection to real people on the street. Great rhetoric only goes so far in Israel. In times of confusion Israelis want action and that is what Hazan promises.

Bibi Netanyahu has succeeded in holding onto the reigns of power for a long time in Israel, but great speeches, political brinkmanship, and a great economy only work if you show that you get the common person.  The nation senses security is fragile.  They sense Israel’s national pride is being picked apart by half-nations.  In those moments economy does not matter, because one’s basic assumptions about life are called into question. Netanyahu is losing his base and that means his inevitability is no longer guaranteed.

As stated Hazan won’t become Prime Minister, but someone else who gets the street and can be appealing to a majority of Israelis will and when they do they should thank Oren Hazan for piercing a hole in Prime Minister Netanyahu’s armor.