As a Haitian-American woman, I have been in many life intersections.  Am I African-American or not?  The White people who say, “You’re not like the others!” were they trying to compliment me or divide and conquer? Can one have pride in being a Haitian or is it as horrific as the media says?

Although my parents tried to shield me from many things, among them racism, the brutal gentrification of our neighborhood was quite obvious.  My brothers were frisked frequently, people were pulled over if they didn’t move fast enough when the light turned green.  This brought in a new slew of racism questions.  Why are Black people hated so much?  In the case of my neighborhood it was mostly Puerto Ricans.  Why is there so much negativity directed at Black and Brown?  Although I had since moved to Israel, my concern for the Black/Brown world is still in my heart.  That and a pocket full of questions.

I never found anyone to really answer these questions for me.  Not, until, I came to Judaism.  In Judaism I learned about three pillars, three people who were real game changers.  Noach, Avraham, and Moshe.  And with these game changers, I was able to make sense out of the whole thing.

The way I see it at this point, in a depraved society — when everyone is corrupt and is out to outdo the next fellow in corruption, at these times, the racist seems like the most righteous person out there.  When everyone is looking out for number 1 – themselves, the only one who’s actually trying to bind two or more people in kindness or caring or even love is the racist.  It’s not necessarily racism, any us versus them by default entails an “us” which means more than one person is to be concerned for.

In Noach’s society, that was exactly what happened.  Everyone had become corrupt, stealing from one another, the courts were a farce, etc.  So Noach was given the task of building the ark and saving only his family and the animals.  He did try to warn the rest of humanity.  Once.  But after that he went on about his business knowing full well that everyone would die in the flood.  And yet he is considered righteous – for that time.

This is also what I see today in America. With so much corruption going on, sex scandals, corrupt politicians, even dishonest business men, the name of the game is to make a buck any which way you can — whether it’s exploiting people’s woes in reality shows to scamming hard-working people with bad mortgages. Everyone is out for number 1.  Themselves.  As a result, the police can shoot Black men dead in the streets for the most minor of reasons and get away with it — or get rewarded paid vacation leave.  But everyone is too busy protecting their asset to fight against it.  Or when people actually do fight against it, it’s mainly other Black people.  Even though injustice is a threat to the whole fabric of a society, no one seems bothered except the “us.”  That is truly a depraved society.

Then comes a slightly higher level.  The level of Avraham — in this stage society can pretty much figure out what’s right and what’s wrong, what’s beneficial and what’s detrimental.  They understand that goodness and trust is needed in a society in order for it to function.  However, they do not dismantle the status quo (established by the Noach level).  The ones kicked stay kicked; the elite stay elite.

This was the case with Avraham.  He was full of kindness and was ready to preach the “good word” to anyone who would be his guest.  But he didn’t uplift anyone (nor down grade anyone).  If they were considered an outcast, so outcast they remained.  Such was the case with his faithful servant Eliezer.  Eliezer had a daughter he wanted to match with Avraham’s son, Isaac.  But Isaac refused because Eliezer was from the bad stock.  Never mind that according to some, Eliezer was so holy that he went to heaven literally — he didn’t die.  Even then because his status was what it was, Avraham would not associate with him.

This was a bit how I saw many Jews today.  They are very kind.  Willing to share the Torah and have a great time.  But at the end of the day, you must stay in your lane.  Not all Jews are like this, but they are out there.

It was awesome that Operation Solomon happened and Operation Moshe and the many other operations that helped to bring the Ethiopians Jews to be with their brothers in Israel.  But it is also heartbreaking to hear them complain about the racism they’ve experienced there.  A few have even gone back to Ethiopia.

Stay in your lane.

I know even as a Black Jew, some people are hesitant to call upon a Black Jew to come to the Torah or would use a Black person in their advertisement when they want to represent the typical “goy.”

And then there’s the Moshe Rabbeinu level (Moses).  Moshe was like a bull in a china store!  He crashed through all the taboos and social mores.  Whereas the Jewish people were punished for trying to emulate the Egyptians, Moshe lived right inside the Pharaoh’s palace learning their ways.  Whereas the Jews avoid those who worshiped idols or like in Avraham’s story, distanced themselves from those considered lower status, Moshe later married Midianite woman, the daughter of the high priest of Midian no less. Previously he married an Ethiopian woman as well.  Whereas most prophets had to go into a sort of trance to receive heavenly messages, Moshe was said to receive them while he was in his regular conscious state.  Whereas most scorn the Egyptians and considered them vile, Moshe brought some of the Egyptians that had been turning to Judaism (probably since Yosef’s time), to come and receive the Torah as well.  He totally put the people ahead of himself.

Interestingly, it was this one who crossed and crashed through so many social mores who was the one to bring the Torah laws to the Jewish people.

This makes me think of all the times in history when the law was on the evil’s side.  The holocaust was legal, slavery was legal, so many horrific things can be made legal, but it’s the bull in the china store that can bring down the true, goodly laws. The Rosa Parks.

This makes me think of the imminent redemption and nullification of racism.  Can it be that only when we are willing to charge ahead like a bull in a China store will we bring down laws that are in pleasant places?  Only when we carve our own paths? Thought schema? Our own Torah understandings?

Nevertheless, we must be cautious not to let things get too depraved otherwise the highest point we will be able to see is to just huddle together in an “us” versus “them” dichotomy

At any rate, the goal to strive for is the Moshe Rabbeinu level. It’s great to call upon the G-d of Abraham, Isaac, and Jacob.  But maybe, just maybe we should be calling upon the G-d of Moses (that facet of G-d)? 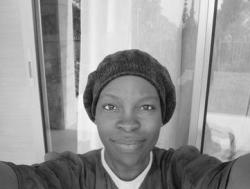 Mother of 4 in the mystical city of Tsfat born and raise in Chicago by Haitian parents.

Mother of 4 in the mystical city of Tsfat born and raise in Chicago by Haitian parents.