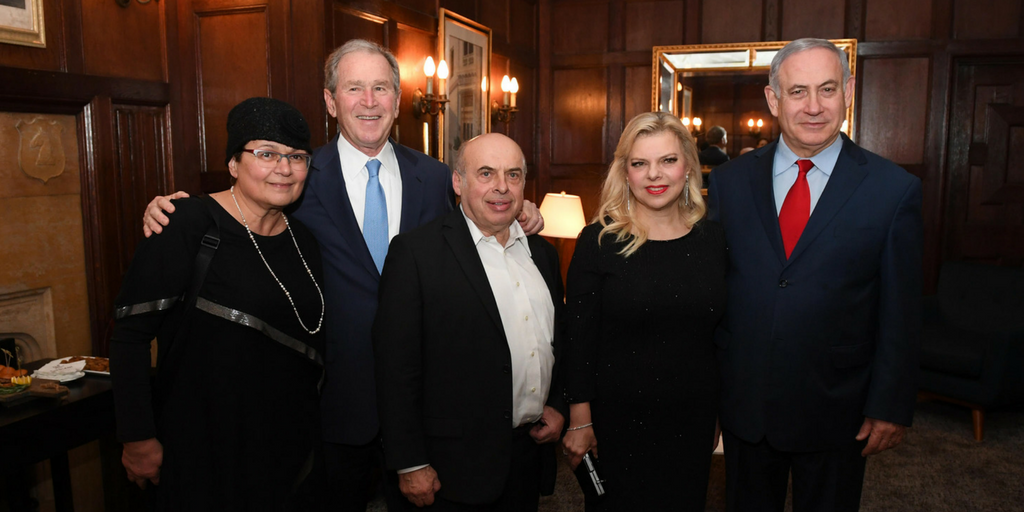 “I believed that strong and sustained leadership in the West could win the Cold War few thought could be won. And in fact, that’s what we proceeded to do. Avital remembers this. We spoke with the administration of President Regan. I have to mention Secretary Schultz. He was magnificent, magnificent, Ambassador Jeanne Kirkpatrick and many others. And I said to them, as did others: If you press hard enough, they will crack. Not everyone believed this. I remember Yelena Bonner, the wife of Andrei Sakharov, the great Sakharov. She said to me, Sakharov will die in prison.” I said, “No, he won’t. If you press them, they will crack and they will let out Sharansky and they will let out Sakharov and they will let out 400,000 Jews.” That’s the number I said. I’m glad my prediction proved wrong, because we got more than that, twice that.

If you press them, they will crack. That same faith should guide us today, because there’s another would-be empire in the Middle East. It too oppresses its people. It too terrorizes its neighbors. But it too has a hollow core. If you press them, they will crack. They will succumb to strong pressure from the free world. And that country is Iran, and Iran’s aggression must be stopped and can be stopped. If you want to honor Natan’s legacy, then support the brave men and women of Iran who are fighting for freedom, yearning for freedom, praying for freedom and praying for our support for their struggle. That’s the best way to honor Natan’s legacy.