Someone asked me a question on Facebook. Social media demands that all answers be given while standing on one foot, and since I’m not Hillel, I’m going to present my answer here, using both feet.

So here is the question (I’m paraphrasing): Isn’t the only just and practical solution to your conflict with the Palestinians to create one state between the Jordan and the Mediterranean and give everybody equal rights? Make all the Arabs in the region citizens. The fellow added something about a right of return for “refugees” living elsewhere; I’ll get back to that later.

There could be an acceptable one-state solution. But it could not be created by simply making all the inhabitants citizens with equal rights in every respect.

First, there is an assumption here that every country must be like Canada or the United States, a state of its citizens. But Israel is not that. It is the nation-state of the Jewish people. That implies that there must be a difference between the status of Jews and other citizens. We go to great lengths to insist that Arab and Jewish citizens of Israel have exactly equal rights, and that is true – up to a point. But in some important respects it is not. I can call my Jewish cousin in America and invite him to come and live in Israel, and the government will allow him to do so and even give him special benefits. An Arab citizen cannot do this. This is a fundamental point, an explication of what it means to say that the state belongs to the Jewish people and not merely to everyone who lives here, even if everyone has the right to be represented in the Knesset.

The nation-state of the Jewish people, if it allows all of its citizens to vote must have a Jewish – no, a Zionist – majority. If it did not, then the Knesset could vote to remove the special status of the Jewish people. There is a dispute about the how many Arabs there actually are in the region, although it is relatively certain that Jews would still be a majority, especially if Gaza weren’t included. But the Arabs would have the support of left-wing Jews and maybe political opportunists a well. There would be massive campaigns (paid for by European governments and the New Israel Fund, no doubt) to promote reducing the Jewish majority, changing the symbols of the state, or even weakening or repealing the Law of Return. It could happen.

The Jewish state is a refuge for Diaspora Jews who are persecuted, but it is also a reservoir and an incubator of Jewish culture. Today, given the degree of assimilation in the Diaspora, it is possible to imagine the Jewish people disappearing from history if there were not a Jewish state to nurture and nourish it. The Jewish character of the state is, even today, under attack, and it is imperative to protect it.

Does this mean that Israel must never consider annexing Judea and Samaria, land that arguably (and there are many arguments) belongs to Israel and must remain under our control for strategic reasons, out of fear of losing its Zionist majority? Not necessarily.

In some countries, the great majority of the inhabitants are citizens. But this is not true in general, especially in the Middle East. In Jordan and Saudi Arabia, only about 70% are citizens, in Lebanon 75%, and in Bahrain, 48%. An extreme example is Qatar, where less than 15% of the residents are citizens.

But, you say, most of these countries aren’t democratic. Well, in ancient Athens, where the word ‘democracy’ originated, only 10-20% were citizens. But I get the point. It is more democratic when a greater percentage of the population shares the rights and duties of citizenship. Nevertheless, in the fractious Middle East, where ethnic conflicts are the rule rather than the exception, real democracy is often theoretical rather than real. Both Lebanon and Iraq are theoretically democratic republics, but their elections play out along strict ethnic lines, and it would be hard to say that “democracy” greatly benefits their inhabitants.

Democracy is not an absolute. What it means and how it is implemented varies from place to place and from time to time. Even the most democratic of countries place limitations on immigration, on suffrage (consider that in most states of the US, convicted felons have restrictions placed on their right to vote, some of them permanent), and on eligibility for naturalization of non-citizens. In my opinion, given the stresses placed on Israel by the hostility of its neighbors – indeed, the hostility of much of the world – it is miraculous that it is as democratic as it is, particularly in respect to the full civil rights enjoyed by its 1.5 million Arab citizens.

One of the most liberal policies associated with citizenship is the practice of automatically granting it to any child born on national soil. Interestingly, even in the developed world, citizenship by birthright is uncommon: only 30 countries (out of 194 UN member nations) automatically grant citizenship to children born on their soil, with the most prominent among them being the US and Canada. None are in the Middle East. Pakistan is the only country in Asia which grants this right (but there is an exception if the father is considered an “enemy of the state”).

My Facebook acquaintance mentioned a “right of return for ‘refugees’ living elsewhere.” This demand, repeated ad infinitum by anti-Zionists, is legally indefensible and practically unacceptable. It is not supported in international law. In addition, the unsustainable definition of Palestinian refugee status as a hereditary property is not applied to any other refugee population. It was invented – along with policies of preventing the resettlement of the refugees or their descendants anywhere but Israel, encouraging the growth of this population (today more than 5 million), and indoctrinating them with the idea that some day they would “return to their homes,” as a cruel exploitation of innocent people as weapons in the continuing war against the Jews.

At this point, what is supposed to be “just and practical” becomes the elimination of the Jewish state and its replacement by yet another Arab-dominated state added to the 22 already existing in the region. It seems reasonable to assume that the Jews of Israel would not sit still for this, and so it should be clear that this plan, supposedly a peaceful solution, would actually lead to war.

While an argument can be made that the Arab population of Judea and Samaria has some kind of right of self-determination that is not actualized – although it can also be said that today the rule of the autonomous Palestinian Authority does constitute self-determination – a full actualization of what Palestinians see as their rights would mean the end of Israel as a Jewish state. That is, self-determination for the newly-created “Palestinian people” would come at the expense of Jewish self-determination, and possibly of the survival of the Jewish people.

And I admit that I’m biased. I admit that I care more for my people than for the Palestinians. A lot more, and not just for the obvious reason that the Palestinian Arabs have been particularly unkind to us for the past 100 years or so. There is a human drive for cultural self-preservation just as there is for individual self-preservation, although it may be suppressed in unhealthy cultures – just as unhealthy individuals sometimes lose the will to survive, or even commit suicide.

So let’s assume that at some point in the future Israel were to annex Judea and Samaria. I can find no legal, moral or practical reason for automatically granting citizenship to all the Arab residents, as my interlocutor suggests, and plenty of reasons not to. Indeed, it only seems reasonable in view of the extreme and violent hostility of much of the Arab population of the area to Israel and Jews, that Israel should follow Pakistan’s example and exclude “enemies of the state” from citizenship.

The Left argues that either we accept a partition of our country according to the 1949 armistice lines or something close to them – and lose our ability to defend the country – or we will get their disastrous version of a one-state solution. But there are numerous other possibilities, and one of the keys to developing them is the understanding that not every resident must be a citizen.

Next Post Why America Shouldn’t Leave Syria, and the Kurds, Behind 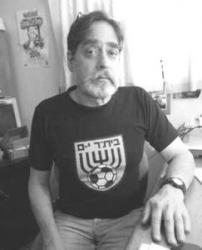