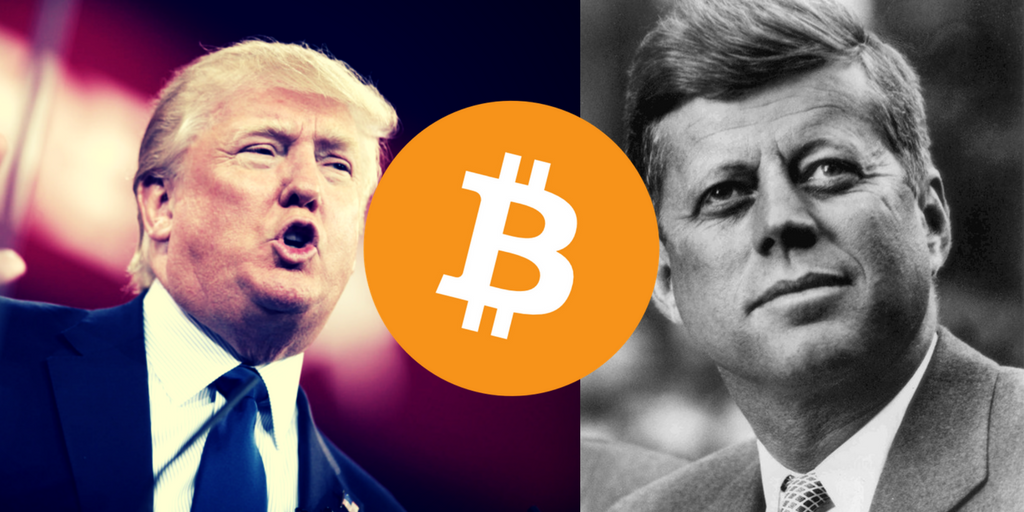 The days of invasion and occupation by the US for the preservation of a flawed, fiat currency based economic system are slowly coming to an end. Things are so out of hand that this week one US Senator couldn’t even keep track of all the wars the US is engaged in. Moving forward, sweeping changes are taking place as the petrodollar system is under attack by China and the global currency reset led by Bitcoin continues. US foreign policy has been thrown into shambles as evident by the recent state visit by the Saudi king to Russia. The Saudis likely purchase of S-400 air defense systems seriously weakens attempts to isolate Russia via sanctions.  These events all contribute to the undermining of the US dollar’s role as the world’s reserve currency.

As the current system of central banking ends (whether it is in 2 weeks, 2 months or 2 years is immaterial), the only thing in question is what will replace it. I have advocated for the use of cryptocurrencies as an effective way to counter the Chinese / Russian push toward a gold standard. Greater use of cryptocurrencies will eventually make central banks (like the FED, ECB, etc.) irrelevant. I generally ignore so-called experts who have claimed the imminent death of Bitcoin. For example, Jamie Dimon’s opinion on Bitcoin is like asking the head of the post office what he thinks of e-mail. 99bitcoins.com even has a running log of over 170 pronouncements. Importantly, the potential for blockchain technology is enormous. Entire industries including (and not limited to) finance, insurance, advertising and health care can experience greater efficiencies as more transparency is introduced for all transactions.

Generally, for a currency to be effective, it should have three qualities – functioning as a unit of account, a medium of exchange and a store of value. For a more technical understanding of the valuation of Bitcoin, I recommend reading NYU Professor Damodaran’s blog post. What I think most people miss is that for any currency to be successful it needs one thing – confidence. For the past 70 years, the US dollar has had the world’s confidence. In the future, whatever replaces it (either gold, silver, Bitcoin, some other cryptocurrency or something totally different) will need that confidence to succeed.

President Kennedy vs The Deep State

With the US is in the throes of seemingly unbridgeable partisan division, the news that President Trump will not block the release of the long-classified CIA and FBI documents regarding the assassination of President John F. Kennedy should come as good news. Unfortunately, any time the JFK assassination is brought up by the talking heads in the media, they simply label those who disagree with the official narrative as ‘conspiracy theorists’. This scurrilous attempt to demonize anyone who engages in critical thinking often trivializes conflicting government information and disturbing facts like the death of numerous key witnesses. Perhaps, those in the media would consider members of the House Select Committee on Assassinations (in 1970s) as conspiracy theorists too for some of their findings.

For those who are skeptical of the official Warren Commission report, it is crucial to understand the motivation for groups who had an interest in President Kennedy’s death. In one of his more controversial speeches before the American Newspaper Publishers Association on April 27, 1961, President Kennedy referenced ‘secret societies’ and a ‘monolithic and ruthless conspiracy’. In my opinion, the context of the speech clearly shows that he was not referring to the Soviet Union but to an internal, subversive force within the US government. This is what some would call the deep state or shadow government. In light of the Bay of Pigs fiasco, President Kennedy stated his desire to ‘splinter the CIA into a thousand pieces and scatter it to the winds’.

We have also gotten hints of the existence of the deep state / shadow government from politicians over the years. President Eisenhower referenced the military–industrial complex right before the end of his 2nd term. Senator Daniel Inouye (United States Senator from Hawaii from 1963 to 2012) spoke about a ‘shadowy Government’ during the Iran-Contra hearings. Congressman Larry McDonald, called ‘the most principled man in Congress’ by Congressman Ron Paul, spoke of a conspiracy to create a one-world government.

I would encourage anyone to do their own research and draw their own conclusions on questionable CIA activities like Operation Gladio, Operation Mockingbird, Operation Paperclip and Project MKUltra in addition to an extensive history of executing regime change. Interestingly, it was confirmed that CIA Director John McCone, brought in by President Kennedy to replace Allen Dulles, was part of the JFK assassination cover-up. Even in recent years, the CIA’s practice has been to lie to its own employees as ‘a means of protecting vital secrets’. Some contend that the release of the JFK assassination files could lead to more revelations of prior incidents (i.e. 9/11/01 attacks, Oklahoma City bombing, etc.).

The mainstream media has been a willing accomplice of the deep state for decades by manipulating public opinion. For example, in this video, a young Dan Rather completely misrepresents the details of the Kennedy shooting. I liken actions such as these to The Truman Show, a film about a man who is living in a constructed reality tv show that is televised globally around the clock. Once the character, Truman Burbank (played by actor Jim Carrey), realizes that nothing in his life is real, he starts to rebel and attempts to escape his existence. When the creator of the show is asked in an interview why Truman hadn’t discovered the true nature of his world, he replies ‘We accept the reality of the world with which we’re presented, it’s as simple as that’. This arrogance is apparent in many mainstream media talking heads.

Fortunately, this control of the American people by the mainstream media is crumbling. A recent poll shows that 46% of American voters(including 20% of Democrats) believe that the media make up stories about President Trump. In a panel hosted by CNN two months ago, a group of Trump supporters dispute assertions made by the moderator, telling her that they trust their Facebook feed more than CNN.

President Trump vs The Deep State

With the deterioration of the mainstream media and inflamed partisan divisions, a vacuum in the US exists. While Congressman Ron Paul (especially now since he is out of office) has no problem speaking out on controversial topics, he does not yet have a large enough audience to drive public opinion. President Trump has dropped hints by:

These veiled messages are President Trump’s way of providing clues to the American people of a much darker reality. They suggest the existence of a deep state comprised of rogue, nefarious individuals in US intelligence services that do not have the people’s (and certainly not the President’s) best interests in mind.

While everyone within this financial-media-military industrial complex is not a bad person, they are part of a corrupt system that needs to be torn down and rebuilt. Many are simply trapped while others feign ignorance.

Optimistically, I think we can achieve some sort of a spiritual awakening in the US that can transcend the partisan divide. We are currently living in an upside-down world of lies. As we witness more revelations of sordid, criminal activity among those in the entertainment industry, more people will question the media and even look at some of the President’s tweets in a more positive way. Perhaps, the glorification of those in film, music, tv, and sports can be replaced with something more meaningful. Who knows, maybe one of President Trump’s most curious predictions that the ‘era of division will be replaced with a future of unity, total unity’ will come true. As the upcoming economic disorder approaches, the alternative scenario is too dire to discuss.

Originally Published in News with Chai.