After nine long months of indescribable torture towards Sgt. Elor Azariya and his family, the army court has handed down a verdict of guilty of manslaughter.  What a black day in the history of the State of Israel.

The left has been licking their chops since March when they discovered that they could take a soldier who is defending his/our country and turn him into a scapegoat.  What a treasure Elor became for them.  The left took it to the max and to the media and started a nonstop attack of character assassination towards Elor.  Through one method or another, they have managed to control the trial.  It appeared as if the trial was already signed, sealed, and delivered as time went on.

The attack continued on Elor by bringing in top officers from the IDF to testify that Elor allegedly shot an arab while not being in a situation of self defense and that he do not operate according to the rules opening of fire of the IDF.  What does that mean that Elor went against firing orders?  Who can know what went through Elor’s mind at the time of the alleged incident?  Elor probably can’t even know.  In the heat of battle you do what you have to do.  Its kill or be killed.  The arab came into the area in Hebron with the intention of killing Jews.  No less and no more.  Any soldier or for that matter any civilian who is in that situation, it is clear as day what must be done.  Yes the arab was on the ground however he was not subdued, he was not handcuffed and the danger still existed that the arab could get up, and continue to kill Jews.  It would not have been the first time that an arab on the ground got up and continued trying to kill Jews.  The orders for opening fire are very clear in that if the soldier is in fear for his life or others around him, he can open fire on the enemy.  Doesn’t IDF stand for Israel Defense Forces?  Elor was just trying to defend himself and all others around him.

The judge during the handing down of the verdict, said that Elor killed a man as opposed to saying that Elor killed a terrorist.  This shows how the judges themselves are corrupt and have for a long time already decided what the verdict will be.  This goes hand in hand that the arab who was allegedly shot by Elor was suddenly turned into a martyr.

Elor testified that the arab in question was wearing clothes that were not appropriate for that time of year and that he was moving around the area in a very suspicious way.

At the base of this whole trial is the constant attempt by the left to regain control of the government.  They have done everything in their power to make this the case of the year if not decade so that the right will fall.

Even more is what happens now?  In the future we could have an eighteen year old who is getting ready to go into the army.  He has to think twice now (no matter what the verdict is today), does he really want to enlist in a combat unit?  What if he gets into the same situation as Elor was and thinks twice about shooting the arab and the arab gets up and Heaven forbid kills him and or other Jews and Jewish soldiers.  Or what if there is a soldier who is already in a combat unit.  In a normal situation he can come into contact with arab attackers on a daily basis and then what does he do?  Freeze up because he doesn’t want to be arrested and therefore by doing that he can endanger his life and others.  Here is where the left wants to take the People Of Israel.

This is a sad  day for Israel.  The People Of Israel have been taken down to a new low by the left.  The country now is really torn in two.  The fifth column has managed to destroy us once again from within.

The judge spoke for almost THREE hours before giving the verdict.  The judge went over section by section of the charges against Elor.  What an embarrassment.  If Elor is innocent, then pronounce that Elor is innocent.  If Elor is guilty, Heaven forbid, then pronounce that he is guilty.  What an embarrassment  to all of Am Yisrael.  The arabs and the fifth column inside Israel will have a field day now.

The chief of staff just yesterday said that an eighteen year old is not everyone’s soldier but the army’s soldier.  What happened to the ethic that all of Israel is responsible for one another?  What happened to the ideal that our children who are in the army are everyone’s child?  The defense minister must come out right now and censure the chief of staff for this outrageous remark.  The People Of Israel do not want and do not deserve such a person to be the chief of staff.  It will only lead to military disasters.

Minister of Education Naftali Bennett said this week that if Elor is found guilty he must be pardoned immediately.  Prime Minster Netanyahu also spoke in favor of Elor during the trial.  Similar quotes have been made by various Knesset members, from all sides of the political spectrum.  With the help of God, this will happen very quickly and the fifth column here in Israel will once and for all be silenced and destroyed. 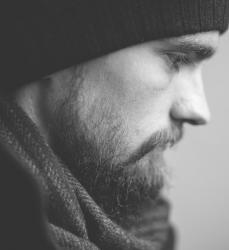 Kan is a social commentary blogger for Israel Rising who is never afraid to take the pulse of Israel and share it with the world.

Kan is a social commentary blogger for Israel Rising who is never afraid to take the pulse of Israel and share it with the world.