While everyone in Israel and the Arab world was shocked with the sudden reconciliation between Hamas and Fatah, we have been aware of this being worked on since February. It was very expected by all insiders.  Nonetheless, journalists may sometimes build their analysis on what they see on the outside, and some second hand inside information they get, and therefore may end up with faulty conclusions.

In fact, we have seen some writers concluding that Hamas had “won”. Some went as far as suggesting that Hamas now has a freehand to fight Israel while Abbas gets the blame as Gaza’s ruler.  While these concerns may be justified when taking matters by their face value, realities on the ground maybe very different.

The first question everyone should ask is: why did Hamas hand Gaza to Abbas without him firing a shot? Didn’t Hamas take Gaza over by a bloody coup against the man in 2006?

The answer to that begins at the White House.  Our Arab sources confirmed to us that the Trump Administration made it clear, at the very beginning, that it was not going to tolerate any “nonsense” or “attacks on Israel” from either Hamas, Abbas or the Arab regimes supporting them, be those Qatar’s or Jordan’s. The presidential message was clear and reportedly conveyed by the head of the CIA himself: Any more provocation on Israel, a third Intifada for example, would bring severe punishment from the US to all of those involved.

The White House’s warnings were concurrent with direct cooperation with one of the very moderate regimes in our region, President Sisi’s. The Egyptian intelligence began communicating with Hamas early this year. Egypt convinced Hamas leaders that if they continue their pathway of doom, the US will not restrain Israel from destroying Hamas to fullest. In reality, and since 2008, each time Israel came close to annihilating Hamas, Obama openly stepped in to stop it and save Hamas at the last moment.  Operation Protective Edge was a good example of that; when an inside source in Gaza told me “most of Hamas tunnels have been destroyed”, and “Hamas won’t take one more month of this”, Obama’s administration suddenly stepped in and enforced a ceasefire.  Well, this will not happen under President Trump.

Also, this so-called reconciliation could have never happened was it not for pressure exerted on Hamas’ Arab supporters. Before neutralizing Hamas, the US administration made sure to cut its lifelines first. Qatar was put under political and economic siege by Saudi Arabia, United Arab Emirates, Bahrain, and a few other Arab countries. Qatar has been financing Hamas for more than a decade and has harbored its leaders.

But who controls Jordan’s Muslim Brotherhood?

The answer will shock many readers, but Jordan’s Muslim Brotherhood is under the full control of Jordan’s king. By his own words, the words of his former Minister of Political Reform, and his former Deputy Prime Minister, “The Muslim Brotherhood is a part of the Hashemite regime”. This is a matter we have lavishly documented with evidence and our work o that is available for anyone to read and verify.

It is a fact that Jordan’s king has been using his influence over Hamas as a bargaining chip with both, the Israelis, and the Americans.  After Trump walked into the Oval Office, the king knew the administration would not tolerate nor forgive such extortion.  Our sources in Jordan, Cairo, DC and elsewhere confirm that both Abbas and Abdullah of Jordan have been warned that any stunts will result in them being personally held accountable.

With Jordan’s king and Qatar’s lines of support cut from Hamas, the US pressure was shifted to Abbas himself.  First, both Saudi Arabia and UAE had an alternative plan to save Gaza’s people and avoid any conflict, this was to introduce Abbas’ rival and archenemy, Mohammad Dahalan, as a leader of Gaza. Egypt was very supportive of this step and proposed it to Hamas as its only available bailout. Hamas agreed and its very own media began promoting the idea.  This is where Abbas felt he could end up losing the entire game.  A senior PLO member, whose late father was one of its founders, summed it up for us: “Abbas knew he was going to lose everything and be totally out of the game, therefore he approached the Israeli, the Egyptians, and Hamas, telling them: Why do you need Dahlan, I will do everything you want in Gaza”.

Nonetheless, according to the senior PLO source: “Abbas knew Hamas was not going to take him in easily, so he began pressuring it by blocking its public funds, pay for public servants in Gaza was frozen”, “He also refused to pay Gaza’s power bill, which has been causing painful outages to Gazans and a huge public backlash against Hamas”.

All of this has resulted in Hamas giving in to Egypt and hand its entire executive powers in Gaza to Abbas. This by itself is not only a tactical defeat for Hamas, but also an ideological disaster. Hamas has always demonized Sisi, insulted him on its media, described him as the devil himself, and now, Hamas allows his photos to be displayed in public in Gaza, a sign of loyalty and even submission in Arabic political culture. Hamas has always portrayed Abbas as evil and “Anti-God”, labelled war against him and the PLO as “Godly Jihad”, how do you think the average Hamas member feels about their leader giving in to Abbas before the whole world?

It is safe to say this reconciliation has a been a publicly-humiliating, torturous and politically-devastating move for Hamas, which it would have never done was it not for the extreme pressure coming from all directions.  Whoever says Hamas has won, is wrong. Nonetheless, this story is not over yet.

Hamas has kept its guns and military ranks. Abbas’ military presence in Gaza is zilch. A PLO source inside Gaza told me: “Hamas did this because it had no other choice, Hamas has given in to Egypt’s patronage, and this shall hold for a while”, he adds: “Nonetheless, Hamas will go back to war and even kick Abbas out of Gaza again at the first minute they get a chance, but with Trump, Sisi, Saudi and UAE, this is not going to happen any time soon”.

The US administration would do us all good by keeping the pressure on Hamas and initiating a process by which Hamas would give up some of its firepower gradually, possibly under Egyptian management and with a generous “cash for guns”, Saudi and UAE’s patronage.

Previous Post Is Trump Preparing to Take on Both North Korea and Iran at the Same Time? 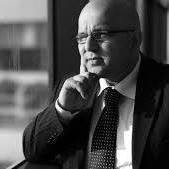