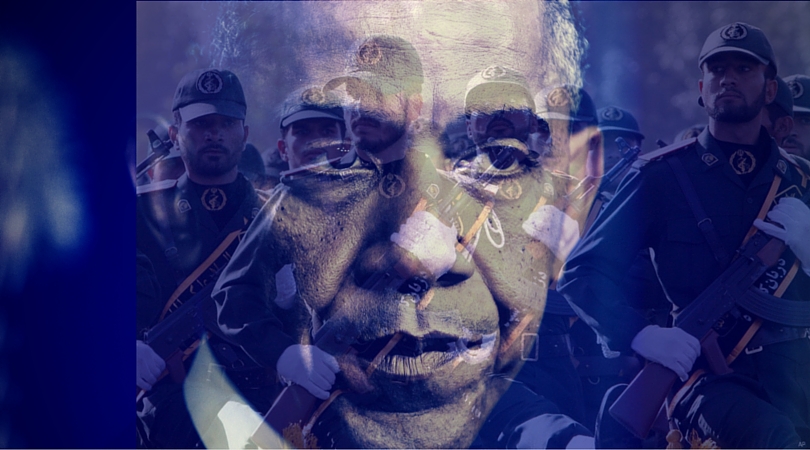 Sometimes Internet rumors do in fact exhibit a modicum of truth. The Internet has been filled with conspiracy theories on the sudden rise of ISIS.  Connecting this to Benghazi and the hidden hand of the USA behind it all.

A now declassified Department of Defense document seen here, proves that the government had an awareness that ISIS would directly develop from aiding Jihadist against Assad.  Given that even the Obama administration isn’t naive enough to think these rebels would remain on a tight leash, the question must be asked: why would the administration be dumb enough to repeat the same policy that gave birth to Osama Bin Laden and Al Qaida?

Most conventional thinking revolves around the idea that ISIS or at least its predecessor was funded or allowed to metastasize as a block towards Iran’s advancement across the Middle East to the Mediterranean. It would seem that America’s funding of the various groups that would form ISIS is proof enough. Besides that, America has taken a very lax approach to bombing the group. The fact that Saudi Arabia in concert with the West has supported Jihadists against Assad seems to complete the puzzle.

But what happens if we are actually wrong about this? What happens if the plot is far more thick than we think? What happens if funding ISIS is about a whole new Middle East and the Obama administration has crafted all of this for some much larger purpose?

The theory of spontaneous order is an idea whose roots date back over 2,000 years ago.  The theory is based on the idea that reality as we know it strives for order.  This is why in seemingly chaotic situations some sort of order always prevails.

Obama and Kerry had to know that nothing good would come out of funding Jihadists.  Nothing that is, unless they wanted the chaos that has now been unleashed on the Middle East.  The forces are ripe for a new order and if one compares the speed of the rapprochement between Washington and Tehran it is no coincidence it has occurred over the backdrop of this growing chaos.

By creating the chaos or at least allowing it to mutate into a real enough threat, rapprochement with Iran can be peddled as a necessity. This is exactly why there has been a full court press on showing Iran as a truly amicable partner as we noted here. Strategically speaking the Obama administration has always seen Iran as the only country that could truly bring stability to the Middle East.  Obama himself was never really enamored by the aging Kingdom of Saudi Arabia and as a revolutionary he felt his Shiite friends could be counted on as new strategic asset.

No two countries have felt more slighted than Obama’s rapprochement than Israel or Saudi Arabia. Not only have the Sunni states been put into a precarious position, but their resources have been used to fight a war that has led to the raison d’etre itself for the USA to basically switch sides.

For Israel, there is perhaps nothing better than the solitary realization that we have nothing else to rely on than the Almighty himself.