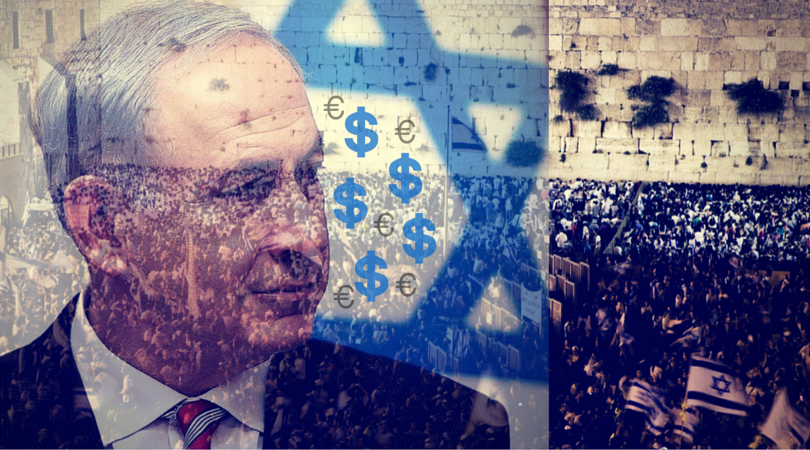 “We, politely referred to as ‘underdeveloped’, in truth, are colonial, semi-colonial or dependent countries. We are countries whose economies have been distorted by imperialism, which has abnormally developed those branches of industry or agriculture needed to complement its complex economy.”[1] – Ché Guevara

Over 70% of American aid received by Israel must be spent in the United States.[2] US aid to Israel is essentially an American government subsidy to its own arms industry. And similar to the situation in other developing countries, the aid we receive empowers Israel’s ruling class while stagnating our economy, keeping the proletariat impoverished and forcing the country into debt.[3] Israel doesn’t gain any financial benefit from American aid.

And one thing is clear – this is not freedom. Like in much of the Middle East, Africa and Latin America, an influx of Dollars and Euros often allows for easy exploitation masked behind a humanitarian facade. Foreign aid allows western governments to impose conditions on the recipient countries in exchange for the funding, which ultimately only increases the dependency and helplessness of the recipient nation.

In Israel, American aid has allowed foreign diplomats to meddle in Israeli politics and to influence the decisions of our democratically elected leaders. Economic aid has allowed Washington to pressure Israel’s government into banning Jewish construction in the Judea and Samaria, demolishing entire communities, and forcibly expelling all Jews from the Gaza region. It allows the United States to meddle in internal Israeli affairs in ways that ultimately advance their own geo-political (and often cultural) agendas.

Acceptance of American money also creates a problem unique to Israel. While most states that receive foreign aid are usually perceived as vulnerable and dependent, the money Israel receives only seems to strengthen the anti-Semitic notion that all-powerful Jews manipulate American policies or that Israel is a colonialist American proxy in the Middle East. The truth, of course, is that Israel is suffering from the same type of exploitation other developing nations experience as a byproduct of accepting aid. And only an increased awareness among Israelis for of how this money impacts our policies, economy, culture, and society can help us to smash our false image of being some kind of outpost of western civilization in the Middle East.

But foreign aid is not only harmful to Israel’s economy, a source of diplomatic leverage against our political leaders, or fodder for anti-Israel tropes depicting Jews as foreign invaders. By continuously accepting foreign aid we have also created a mental dependency that has imprisoned the thinking of our political leaders and blocked them from remaining loyal to our people’s authentic aspirations.

Most countries first define their interests and then seek out alliances with other nations that share those interests. Israel might be the only country that first defines who it wants an alliance with and then redefines its own national interests according to the agenda of that ally. The fact that so many Israeli leaders have actually attempted to make arguments for how surrendering our most cherished ancestral lands, not only the cradle of Jewish civilization but also the mountains overlooking our densest population centers, would somehow be beneficial to the State of Israel illustrates the depths to which they’ve fallen in their psychological subordination to Uncle Sam.

One of the major objectives of the Zionist revolution, as an expression of Jewish yearnings throughout the generations, has been the restoration of full political independence in our homeland. And while our people has regained a certain degree of independence, Israel is still far from true freedom. Only by confronting the truth about the aid we receive from the United States can we smash the psychological wall between our nation and its ancient dreams, so we can break free from the chains holding our revolution back and achieve the necessary political independence to advance our story forward.

[1] “Cuba: Historical exception or vanguard in the anticolonial struggle?” speech by Che Guevara on 9 April 1961