The 70-nation conference on the Israeli-Palestinian issue in Paris on Sunday included neither Israeli nor Palestinian representatives and was a farce and a fraud—but could have been still worse.

Prime Minister Benjamin Netanyahu said the conference represented the “last twitches of yesterday’s world. Tomorrow’s world will be different—and it is very near.”

It was, of course, one of the reasons the conference was farcical: although Secretary of State John Kerry was in attendance, he was representing an administration that is in its last five days in office, and whose policy of harassing Israel was—among much else—repudiated in the U.S. elections two months ago.

France, the host and convener of the conference, was hardly in a stronger position: the Socialist government of François Hollande is on its last leg and its path, too, is expected to be jettisoned in the upcoming French elections.

Israeli columnist Prof. Eyal Zisser notes that “in the actual Middle East…no one gives France a second thought and no one is taking its peace initiative seriously.” It was, after all, France that led the misguided Western assault on the defanged Qaddafi regime in Libya and reduced that country to jihadist chaos; and it is France that has sat impotently while its former colonies, Lebanon and Syria, have fallen under Hizballah rule in one case and into Hobbesian mayhem in the other.

And as David Harris has pointed out, France’s credentials as an honest broker on the Israeli-Palestinian issue are also less than sterling:

at the World Health Organization General Assembly in May…France voted in favor of a measure that bizarrely singled out Israel by name as the only country in the world accused of undermining “mental, physical and environmental health,” and…France could do no more than abstain at UNESCO in April on a resolution that denied any Jewish (and Christian) link to the holy sites in Jerusalem.

At Sunday’s conference, none of this prompted an ounce of humility on the part of Hollande and Foreign Minister Jean-Marc Ayrault, or deterred them from drawing the de rigueur moral equivalency between Palestinian terror and Israeli home construction.

If this is what Netanyahu meant by the “last twitches of yesterday’s world”—a world in which the West has been obsessed for decades over Israeli home-building while its errant policies have helped turn the Middle East into crumbling chaos—then one can only hope Netanyahu’s optimism is not misplaced.

It was on Saturday that Palestinian Authority chairman Mahmoud Abbas, visiting the Vatican, issued a dire warning against moving the U.S. embassy in Israel from Tel Aviv to Jerusalem, saying: “Any attempts at legitimizing the illegal Israeli annexation of the city will destroy the prospects of any political process, bury the hopes for a two-state solution, and fuel extremism in our region, as well as worldwide.”

If “fuel extremism in our region, as well as worldwide” sounds like a threat of terrorism, and an effort to get others to intimidate the incoming Trump administration out of transferring the embassy to Israel’s capital—that indeed is what it was.

A few hours later Osama Qawasmeh, a spokesman for Abbas’s Fatah movement, was more graphic, saying that if the embassy is moved “all chances for peace and stability will be lost. The gates of hell will be opened in the region and the world.”

And it was that chorus to which, at Sunday’s conference, the French foreign minister lent his voice, stating that moving the embassy would have “extremely serious consequences…. When you are president of the United States, you cannot take such a stubborn and such a unilateral view on this issue.”

Translation: the “old world” insists that when it comes to Israel, the West’s role is to knuckle under to Arab and Muslim bullying, making Jerusalem the world’s only capital to be devoid of other countries’ embassies. If this “old world” is truly on the way out, it cannot disappear soon enough.

So much for the deeply objectionable side of Sunday’s gathering. The event also yielded some relatively good news.

Israeli officials reportedly welcomed the fact that the conference’s final statement was much less harsh toward Israel than last month’s UN Security Council Resolution 2334, and “credited the efforts of [Israel’s] National Security Council and…Foreign Ministry” for achieving that result.

The officials also welcomed Kerry’s promise in a phone call to Netanyahu that the U.S. would rein in any further Security Council vilification of Israel—a promise to be tested in the administration’s waning days.

Also encouraging is that Britain, under Prime Minister Theresa May’s Conservative government, refused to sign the conference’s final statement, claimed it would merely “harden positions,” and said it had “particular reservations” about the lack of Israeli and Palestinian representatives—in other words, about the fact that the conference was an empty farce.

A new era in which conservative Western administrations, with the U.S. and Britain taking the lead, could treat Israel with diplomatic decency and take a clearer view of the Middle Eastern reality it deals with? Time will tell.

Next Post Obama on his Support for UN Resolution 2334: "I want to make that point" 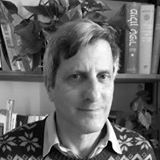