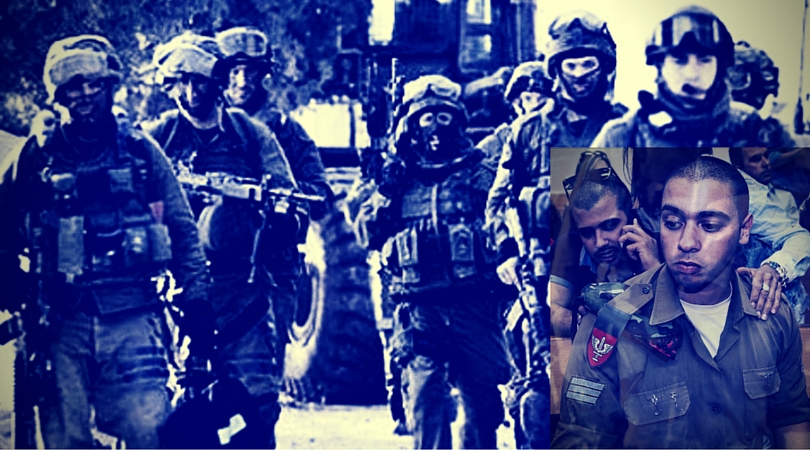 The Elor Azaria Trial drags on with the prosecution continuing its harsh cross examination of Elor Azaria. In one exchange even the judge piled on aiding what has become the left leaning military’s judicial branch in heaping scorn onto the young soldier.

The following exchange occurred in the afternoon testimony between the military court judge and Elor Azaria:

“Based on the circumstances, if you have any reasonable suspicion that the terrorists has the means to carry out an attack, you don’t see it, but you know that you suspect it, then that is enough to neutralize him. Why? Because we are taught that if there is a suspicion then you don’t wait,” he said.

“Doesn’t this phrase not mean the opposite? That is to say, when there is a doubt you are not supposed to open fire in order to avoid mistakes,” the judge interupted seemingly going after Azaria’s understanding of the terminology.

“I understand from this sentence,” Azaria replied, “that when there is a doubt, a fear that a terrorist (could strike) you neutralize him.”

Asked whether—with the knowledge of hindsight that the terrorist did not have a bomb on his body—he would have shot him, Azaria said, “I think that I acted as I was supposed to.”

“With the suspicion that I had you don’t take the risk. He could blow himself up and you would feel guilty that you did nothing about it. How can you explain to the mother whose son was killed because he didn’t shoot because he only suspected.”

“If you had known at the time that he did not have an explosive under his clothes would you have shot him?”, he was asked to which he replied: “That is the whole point, ‘if.’ I don’t know. I had two concerns in mind, an explosive and a knife. If I had known that a check had been conducted I would not have shot him in the head.”

As the trial continues most observers outside the elite section of the military and certain government quarters recognize the government’s case is not only weak but wil have ramifications on soldiers performing in fluid combat situations. Even the new defense minister Avigdor Lieberman sensing the implications of such a conclusion has demonstrated support for Azaria.

Why is the Military Court So Obsessed With Convicting Elor Azaria?

The IDF Military Courts have become populated with left leaning officers and judges. Often times these judicial “experts” that have taken great pains to create military law that hinders soldiers.  Yet, the ultimate reason for the Azaria witch hunt is the negative PR the government felt the Betzelem Video of the incident created.  Former Defense Minister Yaalon, started the witch hunt by claiming Azaria was a “radical,” and equated him to ISIS.

The fact is that most soldiers are given tremendous leeway in fluid situations in order to ensure that the soldier does not second guess to the point where it will kill him.