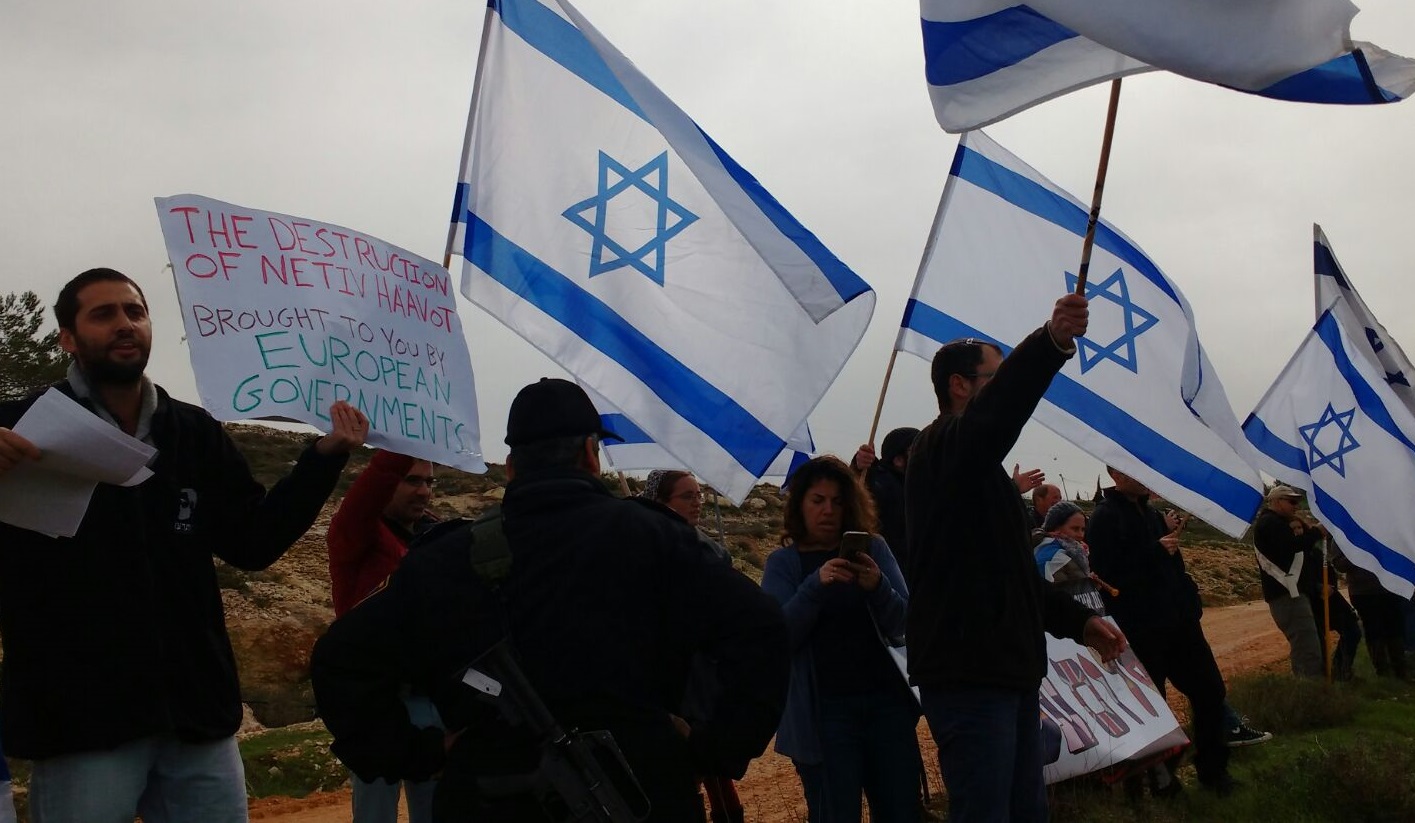 Dozens of activists from the Zionist organization Im Tirtzu held a counter demonstration today at Netiv Ha’avot against left-wing protesters from Peace Now who arrived to call for the destruction of the neighborhood.

According to Im Tirtzu, they arrived to demonstrate against the “subersive” activities of Peace Now and other far-left NGOs who are using funding from European governments to petition the Israeli courts against the neighborhood.

The activists held signs reading “the destruction of Netiv Ha’avot, brought to you by European governments,” and chanted slogans including “You are pawns of Germany, how are you not ashamed?”

“Netiv Ha’avot is the quintessential example of the subversive activities of foreign government-funded NGOs against Jewish building in Judea and Samaria,” said Im Tirtzu Director of Policy Alon Schvartzer.

“Peace Now received over 18 million shekels in recent years from European governments, and the flood of judicial petitions against the neighborhood is the result.”

Schvartzer added: “The future of the State of Israel must be decided upon through internal discussion, and not by the subversive and anti-democratic activities of foreign government-funded NGOs.”