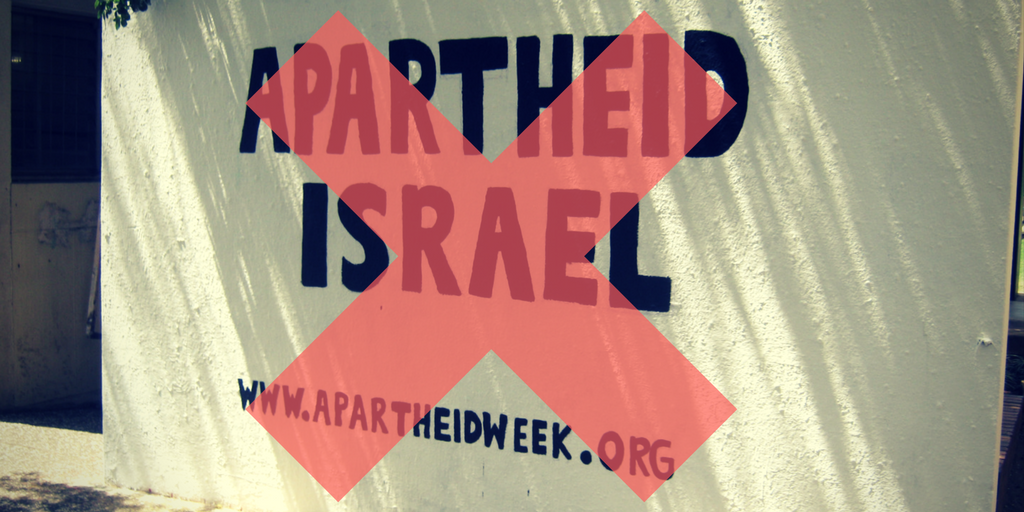 The purveyors of “Israel Apartheid Week” haven’t seen the Israel I saw.

Spring is usually when the enemies of the Jewish state hold their hate fest known as “Israel Apartheid Week” on college campuses across America.  Students for Justice in Palestine (SJP) and their allies perform various acts that allege discrimination committed by the Jewish state against Arabs.  The irony is that these performers of alleged “Apartheid” have not been to Israel, nor have they witnessed everyday life in Israel that this reporter has.  Israel may not encompass human perfection, but it certainly exhibits freedom, opportunity and tolerance seen nowhere in this region of the Middle East and beyond.

On a sunny April afternoon, one among many such days throughout the year in Israel, I walked the Tel Aviv Boardwalk in what is known here as the “Namal” or “the Port of Tel Aviv.” In restaurants that abound on this shorefront of the Mediterranean Sea, families and couples were enjoying expensive meals, others were strolling along the boardwalk.  In the restaurants, Arab women in head scarfs and their boyfriends were loudly conversing in Arabic. Passing by outside were Arab families with their children mingled with Israeli children, enjoying the playground.  None of the Arab families appeared hesitant or uncomfortable in the setting…in fact they seemed totally nonchalant, as if saying “this belongs to me, too.”

In Israel, you won’t find the kind of “banilieues” you can encounter in France or Sweden, where local police won’t enter, and native citizens dare not set foot.  There are however Arab, Druze, and Circassian villages in northern (The Galilee and Golan) Israel, and Bedouin-Arab villages in the Negev (southern Israel).  In the cities, such as Jerusalem, Haifa, and Tel Aviv-Jaffa, Arab-Israelis and Jews intermingle without distinction.  Were it not for the occasional and specific head cover worn by Arab women, one would never know who is who or which is which.

Go to a Super-Pharm store in Jerusalem, Tel Aviv or Beth-Shemesh, and invariably you will find an Arab pharmacist helping you.  At Rambam hospital in Haifa or Kaplan hospital in Rehovot, you are bound to find Arab doctors and nurses, not to mention the Hadassah hospital in Jerusalem.  Christian and Muslim Arabs are involved in virtually all trades and professions in Israel, including 13 members in the Israeli Knesset (Israeli Parliament), a Supreme Court Justice, military officers, teachers, etc.

This reporter had personally experienced the comfortable, if not perfect integration of Arabs in Israeli society.  As the sun was setting, driving down from the Golan Heights, my friend Avi (a former paratrooper and currently a tour guide) and I stopped at a fish restaurant in Kibbutz Ein Gev on the Sea of Galilee.  After dinner, as we set out to drive back to Beth-Shemesh, it did not take long to discover that our head-lights and brake-lights on our rental car were burnt out and inoperable.  Passing drivers honked to alert us of the problem.  We slowly made our way to a shopping strip in Tzemach, 12 kilometers from Tiberias.  We called the 24 hour emergency road service, and a few hours later a service van appeared.  George, an Arab-Israeli from a central Galilee village showed up to help us.  He was truly a life saver. While waiting for him to show up, we had coffee at Aroma, a national chain of Israeli restaurants.  Next to us were three young Arab couples, loudly laughing and conversing in Arabic.  They were all dressed in chic styles, and clearly flaunting their identity.

At the Ruppin Technical College in Emek Hefer, the head of the Practical Engineering Department is an Arab-Israeli named Yunis Dapar.  Shlomo, my brother’s grandchild, who attends the school, informed me that half of his classmates are Arabs.  “On many occasions,” he said, “we go as a group, Arab and Jewish students, to an Arab village to eat in a restaurant.  We are treated well and without distinction between Arab and Jew.”  He added, “In real life, there is not much of a difference between Arab and Jew.”

Waheed, a 35-year old Arab-Muslim Palestinian from the West Bank (Gush Etzion area) has his own construction and fixing company.  Waheed fixed my brother’s porch staircase. During his work, my sister-in-law brought him coffee, and he ate with us in the house during the lunch break.  When he finished, my brother drove him and another Arab worker back to their village.  Given the spate of knifings and car rammings by Palestinians, I asked my brother if he had any apprehension about driving alone with two Palestinian Arabs next to him. His reply was “These Palestinian-Arabs working here are making a nice living, and they are content to keep the peace.”  He then added, “We treat each other as human beings, not as Arab and Jew.” Clearly, on a grassroots level, Palestinian-Arabs and Israelis get along rather well.  It is the Palestinian leadership, as well as the Arab-Israeli Knesset Members, who continue to incite their populations against the Jewish state.

Bet-Shemesh has grown in recent years to become a city of approximately 150,000 inhabitants, situated off the Jerusalem and Tel Aviv super-highway #1, and along route 38.  It is surrounded by the Judean Hills.  Many of its residents are ultra-Orthodox Jews, and English is the second most spoken language. In the Rami Levi supermarket in the city center, I came across Mona, a 30’ish Arab-Muslim woman from East Jerusalem, who comes here daily to work as a cashier.  Other cashiers included a young, black, Ethiopian Jewess, followed by an older Sephardi Jew with a skullcap, and another Arab woman with a white head scarf.  Young supermarket workers sit outside the store on their break, smoking cigarettes. They are a mix of Arabs, along with Arabic-speaking Israeli Jews. They are indistinguishable in their green uniform store shirts, and appear to be a band of brothers, sharing stories and jokes in Arabic and Hebrew.

When I proposed to the store manager that on American campuses, Israel is portrayed as an “apartheid state,” she chuckled. “So you see apartheid here?” she asked.  When I offered to take their picture, Mona, with her Arab and Jewish co-workers were thrilled.  When I asked her how she was getting along with her Jewish co-workers and management, she replied in Hebrew “Baruch Ha’shem” (Thank God).

Rami Levi supermarkets are a reflection of Israel’s diversity and harmony among Arabs and Jews, and an unlikely place for the detractors of Israel to want to see and acknowledge. It seems that the SJP crowd cares not to see the truth about Israel’s diversity and democracy.  Moreover, given the security risks from Palestinian jihadi terrorists, and terrorists from the Islamic State, Hezbollah, and Hamas, Israel is an amazing experiment in democratic tolerance.  In searching for “apartheid” in Israel, I found a reality that even those who are hardened pro-Zionists might not realize.  Israel is truly an open society, a model of tolerance and acceptance, in a region where hate, intolerance, and bloodletting is common.