The following petition shows the growing the strength of Indian and Israeli cooperation and its influence on US politics.

With respect to all of the aforementioned, we the undersigned hereby voice our opposition to Representative Keith Ellison’s bid to become the new Chair of The Democratic National Committee.

From the statement by the Hindu American Foundation (HAF), December 5, 2016

The Foundation announced that it was disturbed by Rep. Ellison’s decade long legislative activism against India, portraying inter-religious conflicts exclusively as one-sided, with the Hindu majority population depicted only as victimizers and religious minorities as victims. Rep. Ellison’s record of co-sponsoring resolutions, congressional letters and statements countered the interests of many Hindu Americans and the broader Indian American community, HAF leaders said, and also gave a platform to certain activists previously accused of Hinduphobia …

“Surveys confirm that nearly 65 percent of Indian Americans are registered or lean Democrat, so leadership of the DNC is a matter of great importance in further engaging the community,” added Suhag Shukla, HAF’s Executive Director. “Mr. Ellison’s record on India over the last decade raises many concerns, but we believe that beginning a constructive dialogue between the Indian and Hindu American communities and Mr. Ellison are important first steps in realizing unity and inclusivity urgently needed today.”//

From the PRESS RELEASE by the Anti-Defamation League (ADL), December 1, 2016

When Rep. Ellison’s candidacy to be chair of the Democratic National Committee was first reported, ADL did not rush to judgment.  Instead, we took a hard look at the totality of his record on key issues on our agenda. We spoke to numerous leaders in the community and to Mr. Ellison himself. ADL’s subsequent statement on his candidacy appreciated his contrition on some matters, acknowledged areas of commonality but clearly expressed real concern where Rep. Ellison held divergent policy views, particularly related to Israel’s security.

New information recently has come to light that raises serious concerns about whether Rep. Ellison faithfully could represent the Democratic Party’s traditional support for a strong and secure Israel. In a speech recorded in 2010 to a group of supporters, Rep. Ellison is heard suggesting that American foreign policy in the Middle East is driven by Israel, saying: “The United States foreign policy in the Middle East is governed by what is good or bad through a country of 7 million people. A region of 350 million all turns on a country of 7 million. Does that make sense? Is that logic? Right? When the Americans who trace their roots back to those 350 million get involved, everything changes.”

Rep. Ellison’s remarks are both deeply disturbing and disqualifying.  His words imply that U.S. foreign policy is based on religiously or national origin-based special interests rather than simply on America’s best interests. Additionally, whether intentional or not, his words raise the specter of age-old stereotypes about Jewish control of our government, a poisonous myth that may persist in parts of the world where intolerance thrives, but that has no place in open societies like the U.S. These comments sharply contrast with the Democratic National Committee platform position, which states: “A strong and secure Israel is vital to the United States because we share overarching strategic interests and the common values of democracy, equality, tolerance, and pluralism.”//

Previous Post Is Turkey Using Russia to Head off a Clash with Donald Trump?

Next Post After Mosul Failure, Obama Switches Focus to Raqqa as Time Runs Out 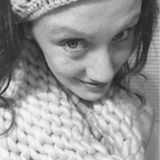