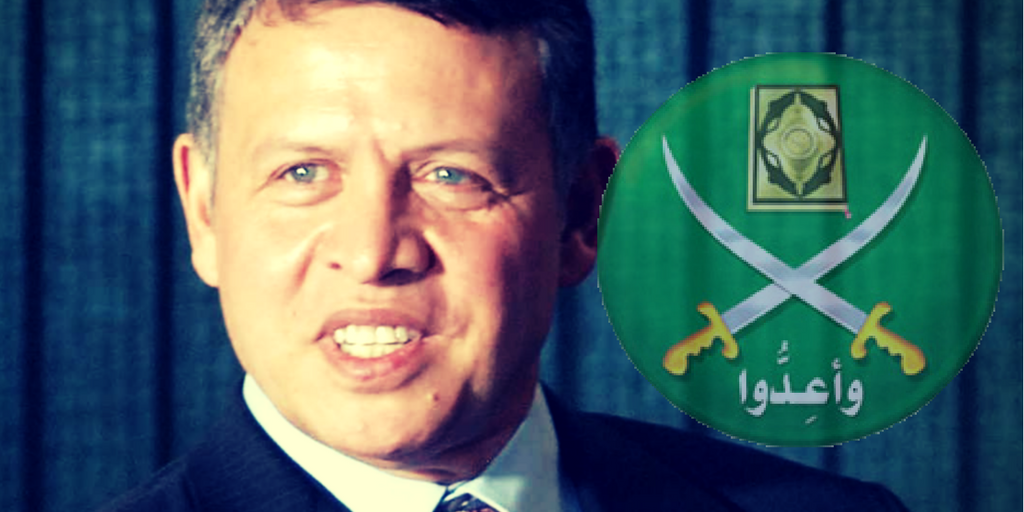 Despite Israel’s desire to protect the Hashemite regime, and stay out of messy Arab internal politics, it is now public knowledge that the Israeli intelligence establishment believes that Jordan’s king’s fall is imminent, and Israeli officials have been whispering that in private for a while, desperately discussing ways to save king and keep him in power. Nonetheless, a well-calculated, carefully-ushered and engineered change in Jordan could pose a huge opportunity for US, Israel, our Jordanian people, and all of those who want peace.

No, we’re not seeking a total regime change in Jordan, in which the state itself is turned into nothingness, leaving a gap for Islamists to jump in and take over. That was Obama’s style at best, because Obama did not know better, or at worst, because he wanted the Islamists to take over.

The change we desire for Jordan will be simple: Seeing the already irrelevant king leave by a small and peaceful revolution that is protected by the army. The US does not and need not interfere, this will be an internal Jordanian affair. All the US should do is offer the king a safe exit while Jordan’s army and strong intelligence keep the country intact and the Islamists at bay. This was the case when Egyptians took to the streets against the Muslim Brotherhood, deposed Morsi and the army protected the people, and the outcome: Serendipity, and more secular and peaceful Egypt, under a strong and wonderful man, President Sisi. Worth-noting here, that Jordan’s king does not control the army or Jordan’s intelligence; therefore, he will leave in peace, the US, on the other hand, finances, trains and influences our army and intelligence and could help both secular and patriotic organizations to usher in a moderate interim government for Jordan.

The US and the region could obtain breakthrough advantages from change in Jordan. The first is destroying Jordan’s Muslim Brotherhood. (MB). Jordan’s MB gets its power from the regime – so if the regime falls, the MB falls. Jordan’s own government believes this. This is important because Jordan’s MB is not just another terror group. The global MB HQ is based in Amman and controls Hamas and the global MB as well, especially Qatar’s. The US intelligence agencies are aware of this fact. If Jordan’s army -under US help and guidance- ushers in a secular anti-MB leader (like Egypt’s Sisi), that would be a major blow to the MB and the Western globalists forces who support them such as Soros.

The second advantage is ending the Israeli-Palestinian conflict; if a Palestinian-Jordanian leader becomes the head of Jordan’s interim government, and then Jordan’s president; this means that Jordanians from all backgrounds will have a home, and that 2.1 million Palestinians in Israel, all holding Jordanian passports, could find a place to call their state.

Next, once the king is out and his theft of public money stops, Jordan will become economically prosperous and attractive for Palestinian refugees in Lebanon, Syria, and the West Bank itself. Meanwhile, Israel and the US should continue to apply pressure on the corrupt and terroristic Palestinian Authority, gradually putting them out of the business of killing our people, Israelis, and even other PLO figures. Defusing the Israeli-Palestinian conflict will be major blow to the globalists who have blackmailed the world for decades with it, and who remain united against President Trump and his advisor, Jared Kushner’s, effort to usher in real peace.

Another advantage is that a successful regime change in Jordan will put the region’s radical regimes on notice, Qatar for example. Those will need to end their hostility to Israel and to stop promoting radical Islamism, otherwise face the same music King Abdullah has. This also shall empower moderate regimes, and champions of change, such as the very pragmatic Saudi Crown Prince Mohammad Ben Salman, and UAE’s Crown Prince, Mohammad Ben Zayed.

America’s deep and positive influence of Jordan’s army and security agencies means the country will remain safe during the transition, and so will its borders with Israel. In fact, it is this influence that keeps Jordan’s borders with Israel safe, and not the absentee landlord king who spends most of his time in Europe, with documented travel of 30 percent of the year, not counting his year-long private vacations. Basically, he is irrelevant to everything and anything in Jordan.

One a new interim leadership is in power, the first thing it should do is banning all Islamist groups, just like Sisi of Egypt did, and this will mean they won’t even have a chance of running for any public office, let alone for president.

Today, such positive change in Jordan will be embraced by several Arab governments who no-longer see Israel as an enemy and in fact would love to see an end to the expensive and obstructive conflict.

This sought change is the very reason my political party and I are proudly taking part in the Jordan Option Conference in Jerusalem in October.

The sweet music of change is playing loud, and we all better be listening.

Originally published in the Jewish Press.