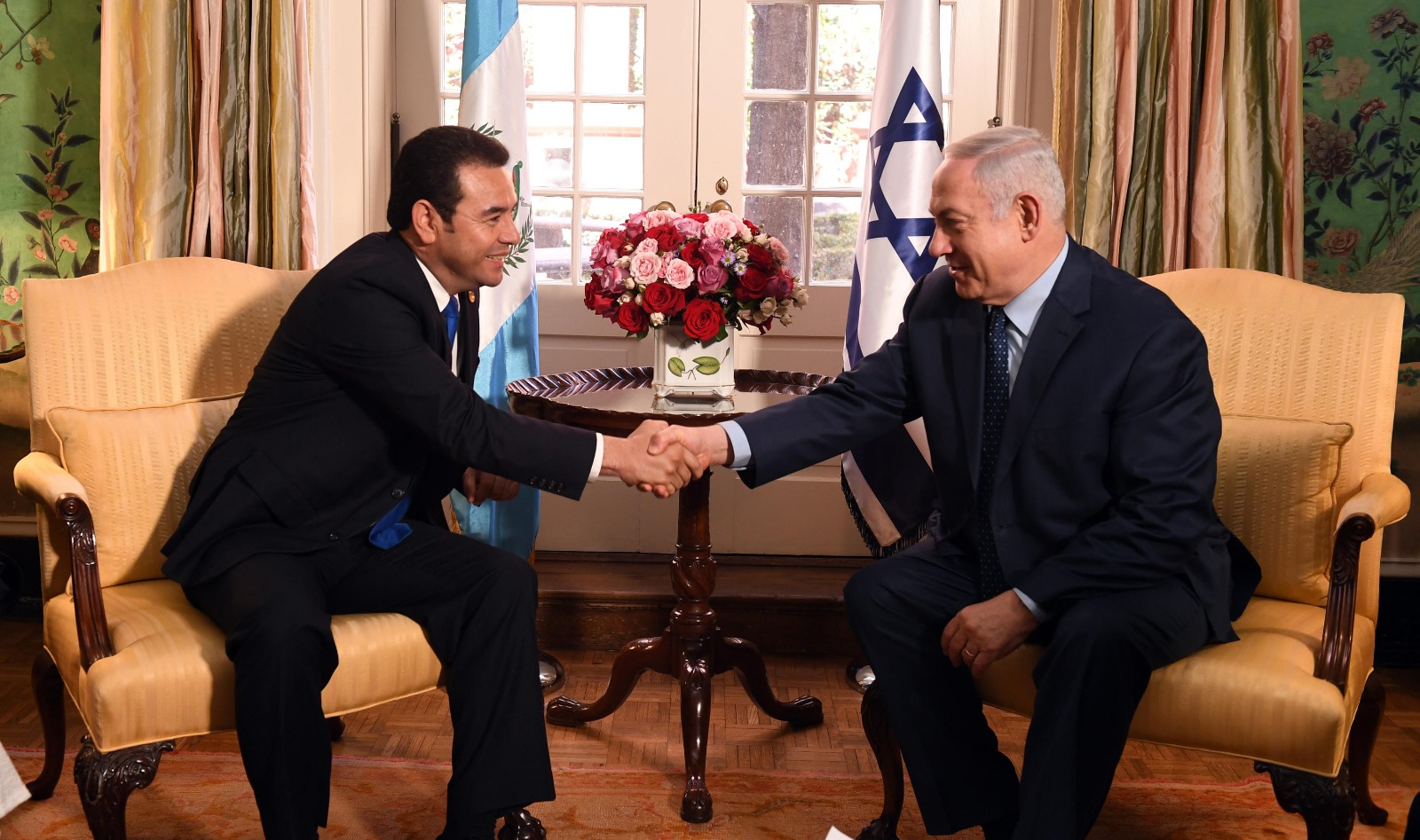 “Thank you for everything you’re doing, for recognizing Jerusalem as Israel’s capital. I hope soon you will move your embassy to Jerusalem; we hope.”

In response Morales said: “It is an honor and it is the right thing to do.”

On December 25th, just after President Donald Trump decided to recognize Jerusalem as Israel’s capital, President Morales did the same with this now famous Facebook post:

“Dear people of Guatemala, today I spoke with the prime minister of Israel, Benjamin Netanyahu. We are talking about the excellent relations that we have had as nations since Guatemala supported the creation of the state of Israel.

One of the most important topics was the return of the embassy of Guatemala to Jerusalem.

So I inform you that I have instructed the chancellor to initiate the respective coordination so that it may be.