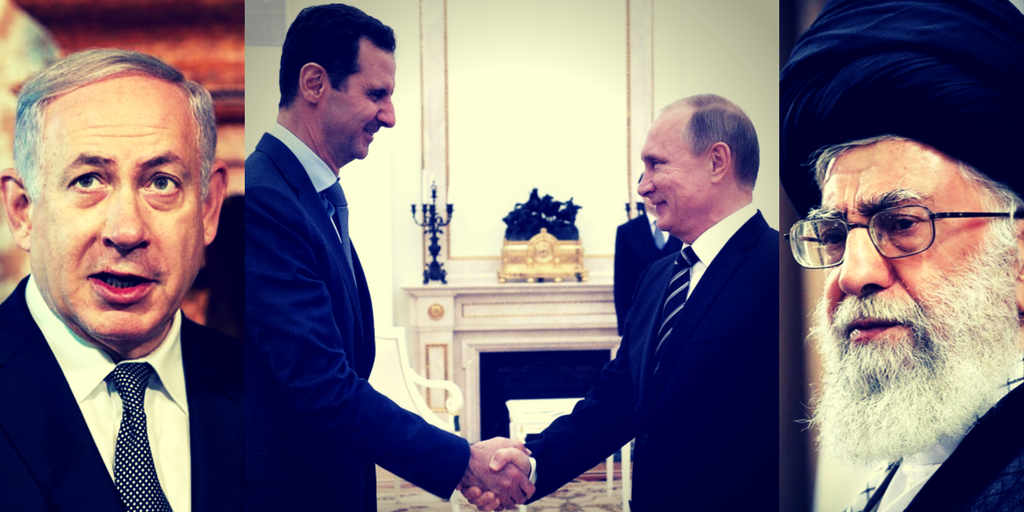 There had been signs for months that the “special” understandings reached between Putin and Bibi Netanyahu were fraying.  Afterall, Israel never chose to have Russia interject itself into the Syrian civil war, but once it had done so, Israel had no choice but to try to tame the Russian Bear.  The understandings reached allowed Israel a level of continued independence to strike out against Syrian convoys heading towards Lebanon.  When Iran started moving closer, Israel was allowed to hit sensitive figures.

Despite all of this, there was always the need to ask for permission and reestablish the understandings, which according to reports have contantly changed.

With Trump and Putin reaching an understanding at the G20 that allowed Russia to man the borders of Israel and Jordan in order to supposedly “enforce” a ceasefire, the understandings between Israel and Russia broke apart.

Israel can handle a Russia farther North from the Golan who is focused more on creating stability for its Mediteranean port at Latkia, but a Russia intensely involved with allowing Iranian troops and the militia it supports to reach the Golan border is completely unacceptable.

When Bibi travelled to Sochi over ten days ago, the prevailing assumption was that he would be able to convince Putin that it is in Russia’s best interest to hold back Iran and in failing to do so Israel would have no choice but to attack the Iranian forces.

Russia would have none of it and has since pushed back strongly against Israel’s verbage and protests against the Iranian presence on its border.

Russia’s Foreign Minister Sergei Lavrov said the following about Israel’s concerns that Iran is building up strength in the Golan to attack Israel:

“We do not have any information that someone is preparing an attack on Israel. Whatever area of cooperation between Iran and Syria, my position is that if their cooperation in whichever field does not violate the basic provisions of international law, it should not be cause for question,” Lavrov said.

So the proverbial goal posts of past understandings between Israel and Russia have once again been moved, but in the direction of the Israeli border.  Where at one time Russia acquiesced to Israel’s concerns about Iran’s proximity to their Northeastern border, today they just have to “behave” and all is well.

The emerging crisis on Israel’s border with Syria is no small matter.  Under Russian protection Iranian troops can operate freely and this being the case, Iranian agents can always lay the groundwork to be ready when Russia changes the rules again.

Bibi Netanyahu has a huge choice to make.  He can either keep the facade that Russia is an honest broker between the Jewish state and Iran and therefore allow Israel to become fully surrounded and in a sense dependent on Russia for holding back Iran or he can drop the facade and take out the Iranian forces quickly establishing themselves in the Syrian Golan.

His choice will determine the costs involved when the war in Israel’s North begins.