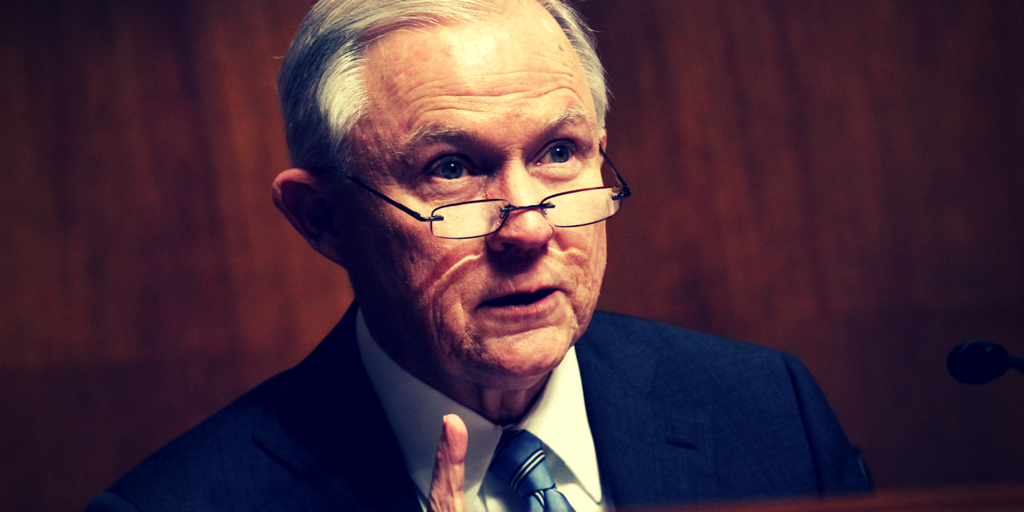 A moment of truth will hopefully be told at the Friday press conference held by Attorney General Sessions. We will know whether the US will turn towards a constitutional republic or will remain an oligarchy empowered by the deep state. While the mainstream media focuses on the circus like atmosphere at the White House, more historic events are taking shape.

Republicans in the US House Judiciary committee sent a letter to Attorney General Jeff Sessions last week to recommend an investigation into the crimes of Hillary Clinton. Among the potential charges are ‘unlawful international dealings’ of the Clinton Foundation. This comes days after President Trump tweeted that Attorney General Sessions has taken a ‘very weak position on Hillary Clinton crimes’. While some conservative pundits expressed outrage over the President’s critique of a loyal campaign supporter, this criticism has merit. Outgoing Congressman Jason Chaffetz last month said he didn’t see much difference between the Trump and Obama administrations and that AG Sessions was ‘worse than what I saw with Loretta Lynch in terms of releasing documents and making things available’.

President Trump has done everything within his legal right to abide by his promise to ‘drain the swamp’  (now upgraded to ‘drain the sewer’). While it is the AG’s job to open an investigation, AG Sessions is aware of the oft-mentioned ‘Clinton body count’ and the recent suspicious murders involving the DNC lawsuit. He is also mindful of the assassination attempt on Congressman Steve Scalise after announcing his efforts to stop human trafficking. It is unclear if prior to his nomination he engaged in some sort of backroom deal with his fellow Senators where he agreed not to prosecute any former colleague(s) including Secretary Clinton.

A growing segment of the US has become completely disillusioned with the two-party system. They are beyond frustrated with politicians who personally enrich themselves, promise one thing when they campaign and do the exact opposite after they get elected. They are outraged at a system that allows Speaker Dennis Hastert to get by with a 15-month sentence after committing horrific criminal acts. For all of President Trump’s indiscretions, his supporters hate the DC political establishment even more.

Opponents of President Trump say that any prosecution of a political opponent is petty, divisive and politically motivated. Richard Painter, a former Bush ethics lawyer, suspiciously claims that the President has committed an ‘impeachable offense’ and that ‘Congress must act now’. Perhaps, those in the prior Bush administrations know that they are next.

In the past, sordid rumors of crimes by the Clintons were relegated to ‘right-wing media’. Now, former critics to the President are demanding justice. During a CNN interview two years ago, lawyer Elizabeth Beck said that President Trump had an ‘absolute meltdown’. Now, ignored by the mainstream media, she appeared on pro-Trump site Infowars to make shocking statements linking the Clinton Foundation to the Mayo Clinic. Ms. Beck unquestionably looks petrified at the information she has come across. She even says, ‘sometimes evil is so powerful there is nothing we can do’. I would like to remind her of Edmund Burke’s quote that ‘the only thing necessary for the triumph of evil is for good men to do nothing’.

Perhaps, since Attorney General Sessions is a religious individual, he will take note of a biblical verse that is applicable. As quoted from the book of Devarim (Deuteronomy), Chapter 1, verse 16-17,

I instructed your judges at that time, saying, “Listen among your brethren and judge righteously between a man and his brother or his litigant. You shall not show favoritism in judgement, small and great alike shall you hear; you shall not tremble before any man, for the judgement is G-d’s’’

If AG Sessions refuses to open an investigation against the Clinton Foundation, he will be forced to resign. There is no possibility of a future Attorney General to be confirmed by the Senate that is unfriendly to the deep state. The US would continue to be gripped by chaos and confusion. It would be clear that there are effectively two sets of laws – one for the privileged few and one for everyone else. The US will be equivalent to an oligarchy instead of a functional constitutional republic where rule of law exists. Frankly, there is no domestic issue of greater importance.

Some would say that the US has become a laughingstock of the world. I would argue that a country run with a moral compass, led by the rule of law with liberty and justice for all does not need to feel shame. Instead, its citizens can feel proud and thereby lead other nations by example.

Originally Published on News with Chai.