For 50 years now, Israel has endured censure from global bodies and foreign countries for its construction and development of Jewish communities in the ancient Israelite tribal territories of Judah, Benjamin, Ephraim, and western Menasheh, a.k.a. Judea & Samaria, referred to by the international community as the “West Bank”.

These Jewish communities are routinely condemned as illegal and illegitimate under international law and wielded as a political tool with which to tarnish Israel’s reputation. However, this position glaringly fails to take into account elementary history, Jewish indigeneity to the Land of Israel, and the applicability of international law.

Judea & Samaria form the heartland of the homeland of the Jewish People—the Land of Israel—which Jews have inhabited for 4,000 years.

The Fourth Geneva Convention (GCIV), an international treaty adopted in August 1949 in the wake of Nazi atrocities and signed by Israel in 1951, was designed to protect civilians and regulate the rules of war, not to adjudicate or arbitrate disputed territories.

Jewish communities in Judea & Samaria are explicitly recognized as subject to exclusive Israeli jurisdiction within bilateral agreements between Israel and the Palestinian Arabs.

Numerous Israeli settlements have been re-established on sites formerly home to native Jewish populations, in an expression of the Jewish People’s profound historical and ongoing connection to its homeland, the cradle of Jewish civilization.

The only illegal or unauthorized (under Israeli law) settlements in Judea & Samaria are those Jewish outposts established without Israeli building permits.

Previous Post SYRIA CRISIS, BREAKING: IDF Fires Back at Syria After Getting Hit With Mortars

Next Post WAR ON THE TRUTH: Why Did Israel Ban UNESCO From Hebron? 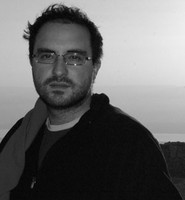