What is a Jew?  The term “Yehudi” (“Jew” in Hebrew) means “From Yehuda.”  During the First Temple period, when all twelve tribes lived in Israel, a Yehudi would have been from the Tribe of Judah (just as an Efrati would have been from Efrayim, a Binyamini would have been from the tribe of Binyamin, etc….).   However, after the destruction of the Temple, the term’s meaning changed. The Babylonians who exiled the people from the Kingdom of Judah referred to all the exiled people as Yehudim, regardless of the tribe they originally hailed from. The name “Yehudim” (or Jews) thus became the official name for all the twelve tribes of Israel throughout the diaspora.

But is that really all that the term “Jew” means? We are a people with great pride in being Jewish.  The name “Jew” invokes inside us deep emotions that go beyond an affinity for our ancient kingdom.  What is the hidden message is contained in the word “Yehudi”?

When the entire people of Israel refer to ourselves as Jews, we are affiliating ourselves with the leadership mission of Judah, the fourth son of Israel.  To understand the secret of the Jew’s strength, we must study the blessing that Jacob gave on his death bed to Judah.

The words of this blessing are poetic and metaphoric.  To make the message more clear, we will use the translation of the linguistic expert Yechiel Ben Nun ( Eretz HaMoriah, pages 177-182). The meaning of the metaphors of the poetry have been translated into the image that they transmit:

Yehuda! After you prove yourself in war against your enemies, your brothers will acknowledge you and accept your authority.

Yehuda will then be able to abandon the practice of fighting wars.

His country will be in a state of stability.

The scepter of power will not depart from Yehuda-internally within the nation,

The authority of the law will not depart from his jurisdiction- throughout the world he will teach justice and righteousness.

The riches that he has attained until now through war from the other nations will continue but now they will be given to him as a gift as a recognition of his people’s status.

This will signify that the nations are ready to accept him and listen to him.

His region will be able to produce wine freely and the shepherds will be able to lead their sheep without fear. The people of Yehuda will have the blessing to enjoy the fruits of their land.

Yechiel Ben-Nun’s translation helps us see the six stages of the blessing of Judah:

This is the dream of the Jewish people. To defeat our enemies. To become a united people. To stop wars. To promote justice. To encourage the world to adopt this vision. To be able to enjoy the blessings of our land.  This is the vision which we are promoting when we call ourselves a Jew. This is the calling we are undertaking. This is our goal and destiny.

Next Post Rep. DeSantis: "All of this Land Belongs to the Jews" 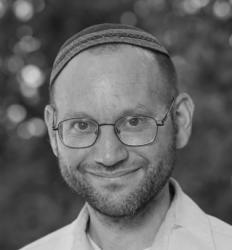