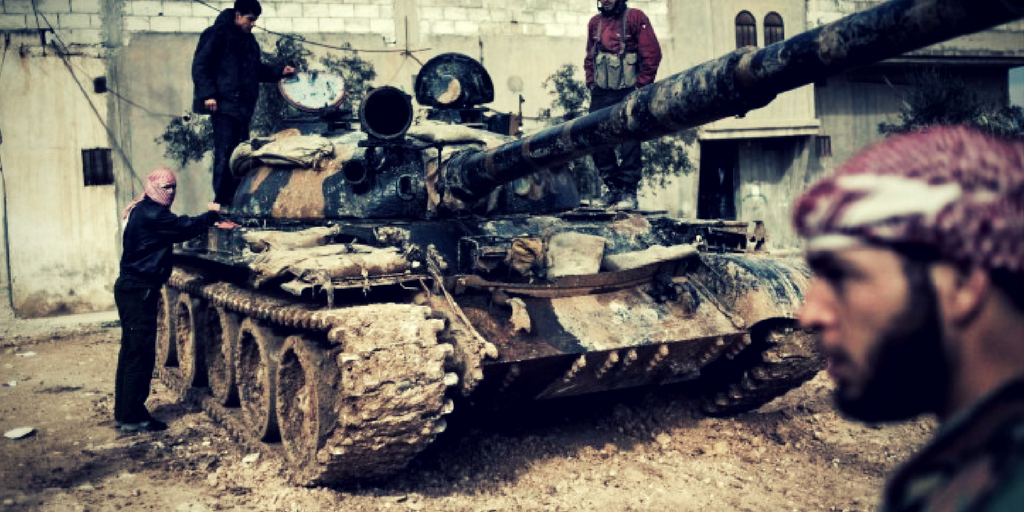 The Free Syrian Army based East of Israel’s Golan posted the following tweet:

Given the ecstatic jubilation over the “ceasefire deal” brokered between Trump and Putin on the sidelines of the G20 these sorts of violations that have been growing in the descalation zones have esentially deemed the ceasefire deal to be at the most a PR stunt if not rendered pointless.

With Al-Baath under attack by regime and Iranian forces, which is only 2 km away from Israel’s Golan the infractions are far more serious.

Is the Regime Goading Israel into Attacking?

One possible strategy is for the regime to blame Israel for breaking the ceasefire.  If the regime continues to advance in towards the Israeli border in the Golan, the Israelis would have no choice but to resume attacking regime military targets as they were doing last week.

Any counter-attack by Israel to sure up their FSA allies will run into the growing presence of Russian military police. The ceasefire has essentially be flipped to place US allies in the region on the defensive.  This will continue until the Trump administration is able extricate itself from the already collapsing ceasefire.