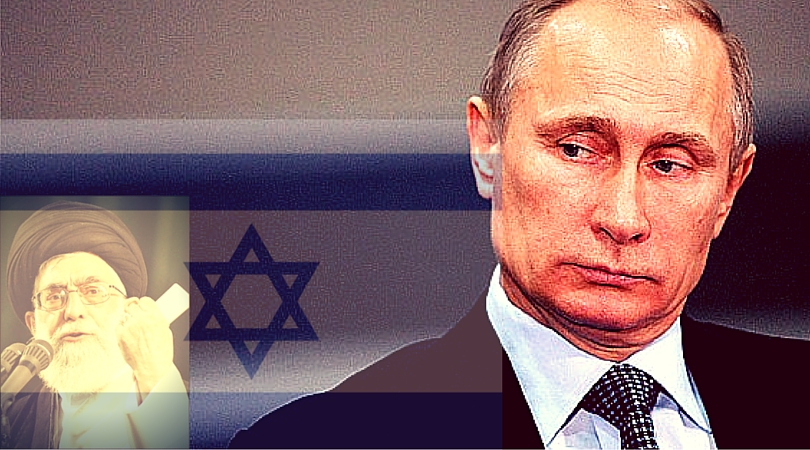 The question isn’t whether Putin helped Israel kill Samir Kuntar, it is why Russia aided Israel in attacking one of the leaders of Iran’s terror squads against Israel. Putin had to be in on the operation since the deconfliction mechanism between Israel and Russia force compliance on both parties in air sorties over either Northern Israel or Southern Syria.

Analysts and pundits across geopolitical divide have wondered the extent of Russian and Israeli partnership. Some passed it off as a necessary evil on the part of Israel and others hailed the change in strategic trajectory for Israel.  It has not been clear.  The Kuntar assassination clears most of the guessing up.  If there was a doubt that Israel and Russia were not developing a robust partnership that is now gone. Once more the rapprochement between Israel and Turkey has not had any effect on this growing partnership between Russia and Israel.

Putin Does Not Trust Iran

Putin has never ascribed to Iran’s goal of establishing a Persian controlled Middle East. Russia would like to be in control of the region in as far as the oil and its military bases are concerned. A strong Iran provides Putin with a serious challenge down the road.  The problem is that Putin needs Iranian troops and ground support in Syria so he does not repeat the Russian mistakes of Afghanistan in the 1980s.  Right now because he has placed very little Russian soldiers into the fray, he is receiving huge support from the Russian citizenry.

While Russia needs Iranian troops, it does not need Iran exploiting the partnership in hopes it gets an edge up on Israel.  Putin knows a cornered Israel could create a far bigger problem.  Russia is also receiving advanced intelligence from Israel on ISIS positions.

Israel is Checking Iran for Putin

Putin, always the master chess player allows Israel to check Iran’s positions so he himself will not have to do it. The trade is that Israel allows Putin use of its airspace from time to time and offers intelligence for Russia’s campaign. Essentially, Israel is acting as Putin’s short leash on Iran. Iran has no choice but to follow along.  After all it is piggy backing on Russia’s involvement in saving Assad and pushing back on Turkey.

In an odd way Israel and Iran serve as both tactical spokes in Putin’s regional strategy as well as balancers between them.  Putin may not be interested in any grand peace deal the way Foggy Bottom has always been, but Putin does want regional order as he brings the Russians back into a global leadership position. If reports are to be believed Iran has significantly scaled down their ground involvement in Syria from it once was. Iran may have been helpful and still may be, but only as a tool to Putin’s grand strategy and nothing more. Checking Iran by way of Israel seems the best way to assuring that.