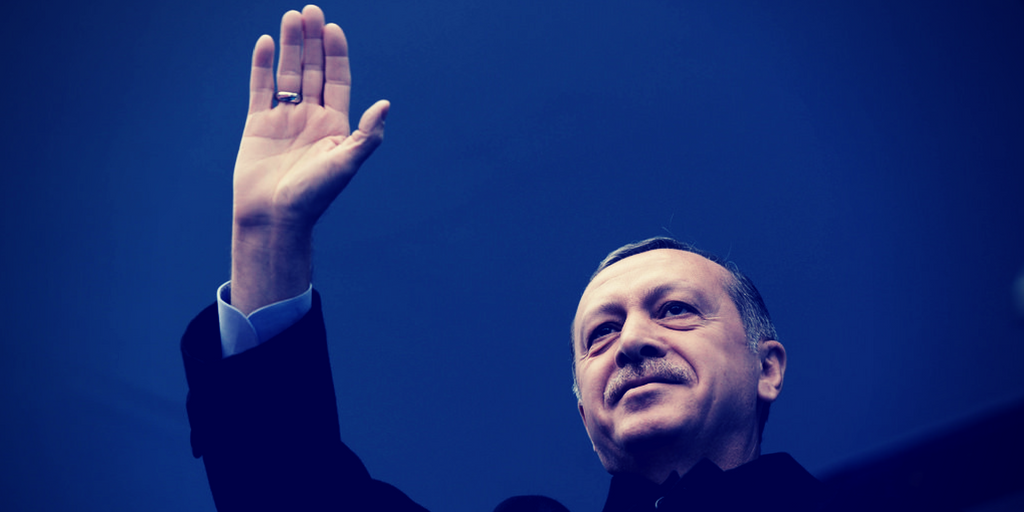 Muslim democracy is not a solution, it is a problem.

Daniel Greenfield, a Shillman Journalism Fellow at the Freedom Center, is a New York writer focusing on radical Islam.

When remnants of Turkey’s military launched a desperate effort to stop a democratically elected Muslim government that had championed Islamic terror and sought to restore the Caliphate, our government backed the Islamist democrats over the soldiers and officers fighting to protect secularism.

Erdogan, the aspiring ruler of a new Ottoman Empire, returned to power and began a purge of judges, reporters and political opponents. Tens of thousands of political prisoners filled his brutal prisons. Prisoners were tortured, raped and starved in halls and stables by the monster whom Barack Hussein Obama had named as one of his favorite world leaders.

Obama had praised Turkey as a model to the world. It “represents a blend of those ancient traditions with a modern nation state that respects democracy,” he rhapsodized. By ancient traditions, he obviously meant Islam. During her visit to Turkey, Secretary of State Hillary Clinton had declared that other Muslim countries needed to, “learn the lessons that Turkey has learned and is putting into practice every single day.”

Those lessons are being taught in some nasty madrassas.

The domestic crackdown shows no signs of stopping. Instead Erdogan continues to escalate his assault on what little is left of Turkey’s secular institutions. And it’s our misguided support for Muslim democracy that made it happen. The majority of Muslim Turks support Islamist tyranny. And as long as we continue to believe that democracy is more important than freedom, so do we.

The Turkish thug’s tactics echoed the measures that his fellow Islamist, the monster Morsi, had used to stay in power. But in Egypt, the military and popular protesters succeeded in removing the Muslim Brotherhood leader from power and putting down the democratically elected Islamists. They did so despite vocal protests from the White House, the State Department and the media.

Despite the disastrous lessons of the Arab Spring, I was one of the few conservatives to support both coups. It’s not only leftists who have learned nothing from the rise of Hamas, the Iranian takeover of Baghdad or any of the disastrous Arab Spring experiments in Muslim democracy.

Far too few Republican leaders have come around to realizing that Muslim democracy, like open air submarines, is a contradiction in terms that just doesn’t work. Not only should we not support it. But we should oppose it and fight it at every turn because its ultimate outcome is a national security threat.

“Democracy is like a train: when you reach your destination, you get off,” Turkey’s Erdogan had said.

More recently the leader of the regime that was once touted as a model of how Islam and democracy could coexist together has declared that democracy and freedom have no value.

Obama chose to champion Islamist populism over military rule and allied dictators as the solution to the region’s ills. The results of his New Beginning policies led to numerous civil wars and the rise of Islamist terror groups including, most famously, ISIS. But even many Republicans were convinced that democratizing Muslim countries would improve them. This conviction was a misplaced emotional attitude that had no basis in either history or current affairs.

Indeed Bush’s experiments with Palestinian and Iraqi democracy failed badly. When the Arab Muslims in ’67 Israel were given the opportunity to vote, they chose Hamas, a band of Muslim Brotherhood Jihadists. In Iraq, power quickly went to the Islamist groups with the best demographic edge.

A decade ago, it was fashionable to think that the Middle East was a bad place because of bad governments. No one dared to contemplate the possibility that governments in Muslim countries were bad because the populations that supported them held hateful and intolerant beliefs.

And yet the key difference between Erdogan and Saddam is that his power comes from the voters. It was easy to dismiss Saddam Hussein as a tyrant and to believe that we could improve Iraq by replacing him. But what happens when there is an Islamist Saddam who has the backing of the populace?

Tyrants are not the trouble in the Muslim world. They are only a symptom of the true problem.

The Muslim world is defined by the violent xenophobia of its Islamic and tribal structures. A country with a dominant Muslim and ethnic bloc can unite behind a democratically elected tyrant like Erdogan while countries with more fragmented populations like Syria and Iraq are forever at risk of Islamic civil wars.

Muslim democracy allows for the consolidation of Islamic and tribal tyranny. It doesn’t make a country better. It doesn’t even make it democratic in the sense that we understand the meaning of the term.

It just makes the tyranny more transparent. It forces us to confront the fact that it isn’t one man sitting in a palace who is the cause of all the problems. Instead it’s the beliefs and values of the population.

Muslim countries aren’t improved by democracy. Sadly they are worsened by it. The worst Islamic impulses of the populace are channeled by a democratic political process. And like most radical movements, Islamists usually end up destroying the democracy that brought them to power.

Under the Islamists, Turkey went from being an American ally to becoming an enemy. The fault lay in democracy. To the extent that we have allies in the Muslim world, they are to be found among secular elites, prosperous members of the upper classes who enjoy our way of life and want to be more like us.

Democracy displaces these elites and empowers the poorer population that benefits from Islamic social services, the local version of the welfare state, and believes that Islamic governments will eliminate corruption and put non-Muslims in their rightful place, under the feet of the Muslims, to have its say.

And that’s how you end up with an Erdogan.

Erdogan has already made the Turkish military look benevolent and he is only getting started. His ambitions won’t be limited to Cyprus. His vision extends across the lost lands of the Ottoman Empire.

During the Cold War we slowly came to understand that any democratic process which allowed Communists to come to power should be instinctively opposed.

It’s time that we made the same mental leap when it comes to Muslim democracy.