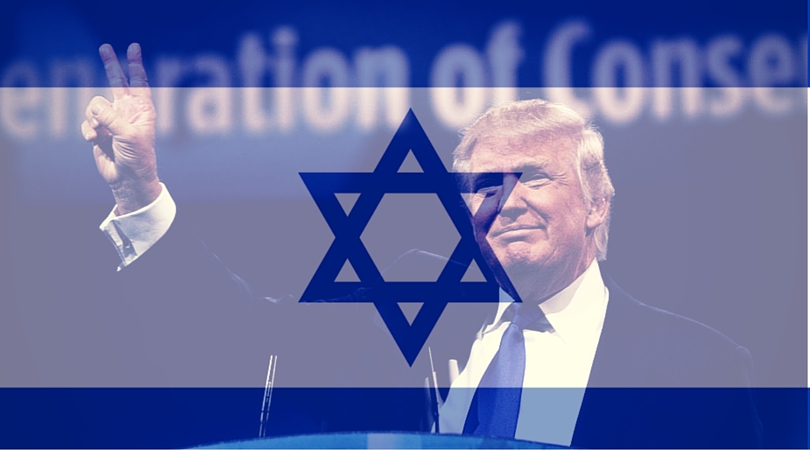 It didn’t take long  before the anti-Israel crowd started attacking Trump and the Republicans for being too pro-Israel.  It is true, the Republican party platform is the most pro-Israel ever and with Trump’s advisors being decidedly right wing it is understandable for those used to seeing the two state solution being vaunted around all of these years assume something much more nefarious is going on.

“Candidates for high office in the US need money – lots of it. Until now Trump has been chiefly relying on his own wealth. He has raised less than $70 million, a fifth of Clinton’s war-chest.

The Republican party’s most significant donor is Sheldon Adelson, a casino magnate and close friend of Netanyahu. He has hinted that he will contribute more than $100 million to the Trump campaign if he likes what he sees.

Should Netanyahu offer implicit endorsement, as he did for Mitt Romney in the 2012 race, Christian Zionist preachers such as John Hagee will rally ten of millions of followers to Trump’s side too – and fill his coffers.”

So for CounterPunch and millions of others, Jewish money bought Trump. Somehow it is the Jews who always find a way to control the politicians.

I would like to propose another possibility.  Donald Trump has always been pro-Israel.  Afterall, Trump is from NYC and his close friends and business colleagues are pro-Israel to farthest rightward extent. His new advisor David Friedman, is actually a long time friend and has served as Trump’s lawyer.  We can move beyond Trump’s friends and see that his son in law and daughter are Orthodox Jews.

The only group of people that have been “hoodwinked” on this sort of thing are the anti-Israel Stormfront crowd and the far left BDS groups.  Jewish money can buy a lot of things, but Trump didn’t need it.  The Donald had already cultivated his views regarding Israel a long time ago.