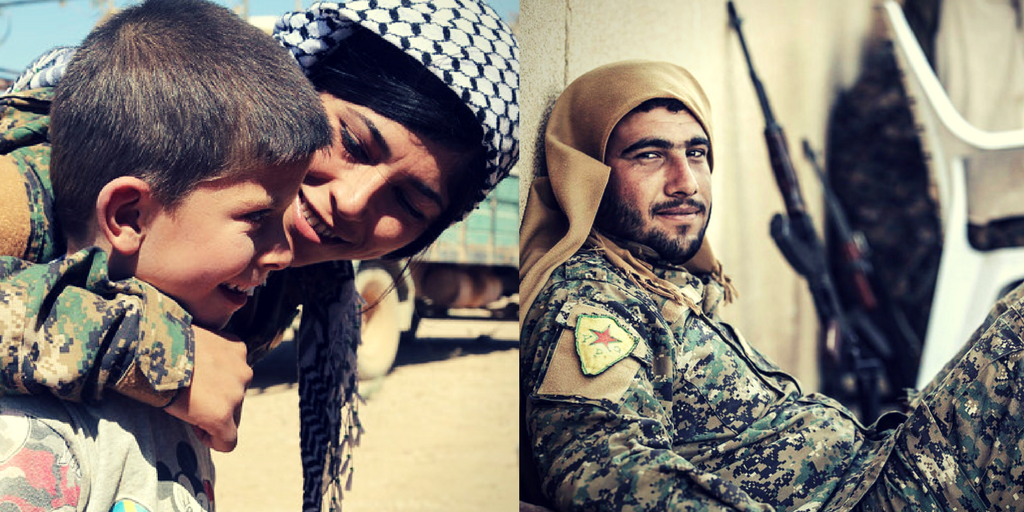 There are times that we cannot afford to remain silent.  We who witnessed our own people nearly wiped out just over 70 years ago know that feeling of an impending genocide.  Perhaps this is due to our collective PTSD or something engrained in us since our forced expulsion from the Land of Israel by the Romans nearly 2000 years ago.

President Erdogan of Turkey fashions himself as a sort of neo-Sultan ready to lead Turkey to a new golden age. Part of this golden age is a drive to wipe out those who Erdogan finds in his way.  For Erdogan, no other group exposes Turkey as an autocratic, racist power as the Kurds do and this is exactly why Erdogan and the Turkish Armed Forces (TAF) are hell-bent at wiping them out where ever they are.

Last week’s successful invasion and defacto occupation by the TAF and their FSA allies under orders from Ankara represent our generation’s Sudetenland.  Sudetenland was Hitler’s first stop in conquering much of Europe and the world powers in 1938 did nothing actionable to stop him.  Erdogan’s wife has already stated that her husband intends to settle 500,000 Syrians and other Arabs in the once Kurdish majority city of Afrin.  This is not only a clear case of ethnic cleansing and indiscriminate killing of men, women, and children, it is a violation of the Geneva Convention.

Erdogan will not settle for just Afrin.  Due to the United States’ unwillingness to stop the “mad-man” in Ankara they have grown his appetite for more.

Not only has Erdogan promised to enter Manbij, which is a majority Kurdish populated city in Syria to the east of Afrin, he is even threatening to enter Sinjar in Iraq as he claims the terrorist group PKK is there.

“We told the central government to resolve the problem. Or we may will enter Sinjar and wipe the PKK terrorists out overnight. They told us that they would give us information, but we have not received any information so far. If this process lasts long, a new Olive Branch operation can be launched,” he stressed.

Erdogan has also indicated that he will push further south in Syria.

“We made our decision and entered the field. In short time, we will control Tal Rifaat and end the operation [Olive Branch],” Erdogan said in Trabzon, according to the Turkish news outlet, Ahval.

The TAF, who are known for their brutality towards non-Turks cannot be trusted to simply pinpoint their attacks on would-be terrorists.  In fact many of the so-called terrorists Erdogan killed in Afrin were women and children as evidenced by the countless videos and pictures streaming from Afrin city.

It is obvious that the USA lacks the will to intervene on the Kurds behalf.  Russia and Syria seem not to want to be bothered by Turkey’s drive to create a new Ottoman Empire.  Iran clearly is thankful it is Turkey that is will to finally put down the Kurds.  There seems to be one that cares enough to stop the growing Turkish genocidal menace.

This is where Israel must rise up and take the leadership mantle it is meant to have.  On all other matters in the Middle East Israel is respected as a leader.  We as Jews know what it means to be hunted down and murdered.  It is time to demand that the government in Jerusalem break ties with Turkey as a first action and warning to Erdogan that more will come unless he ceases his attacks on the Kurds.

The IDF should try to find a way to supply intelligence, humanitarian supplies, and even military equipment to the both the Syrian Kurds and the Kurds in northern Iraq.  Israeli leadership has been used to undertaking these missions covertly. It may be time to show the world what it means to stand against evil.  The Kurds have always stood with Israel and they appear to be the only other group of people in the Middle East that are genuinely forward thinking and capable of building a successful society.

Now is the time for Israel to lead.