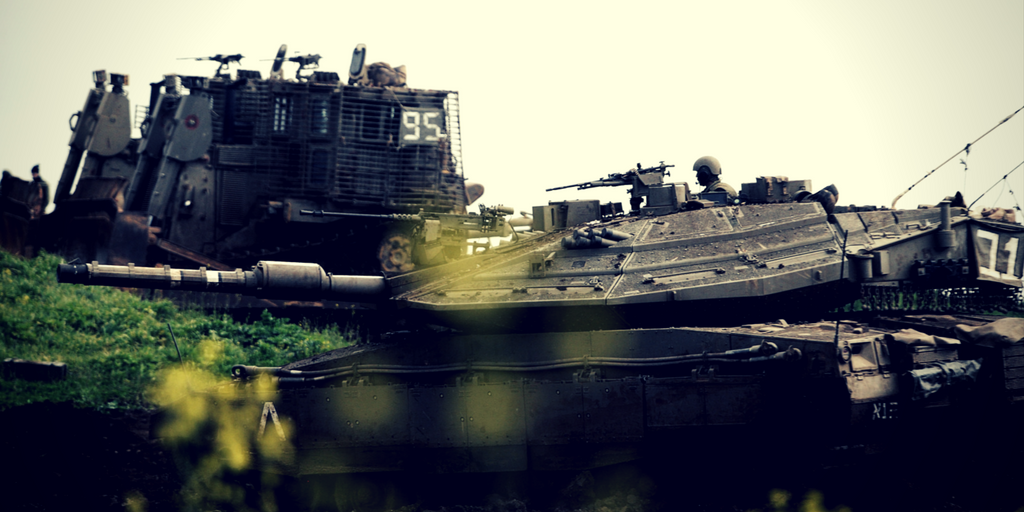 Gunfire from Syria was reported this morning (Monday) in the Golan Heights, for the third consecutive day. As in the past two days, there are no casualties or damage.

Following searches conducted on the Syrian border, heavy machine gun bullet holes were identified in a UNDOF post adjacent to the border

The IDF ordered farmers in the Quneitra Valley to evacuate their orchards and closed the road leading to Ein Zivan, due to heavy smoke in the area as a result of the fighting in Syria.

Security sources reported hearing IDF tank fire, ostensibly in response to Syrian territory, but said that “the reports of an attack in Syria are false reports.” It added that “there were no indications and risks in the systems, and no alarm was sounded.”

Minister of Defense Avigdor Lieberman said at the start of yesterday’s cabinet meeting:

“We have a lot of prophets who predict war in the north or the south, we have no intention of initiating a military move – neither in the south nor in the north.” However, he clarified that “we are not going to give a pass on anything, everything will have a powerful response.”

“I wanted to warn the people in Damascus, whoever wants to turn the area there into a Hizbullah base, give it another thought,” added Lieberman. “We will not accept that Syria becomes another base that will become a front against Israel.”

As Syria and Iranian backed militias gain a foothold in the Quneitra district, Israel will be forced to openly back the rebels in the area or enter the war themselves.  If Syria and Iran gain access to the Golan, Israel’s security would be imperiled due to the Golan’s strategic vantage point.