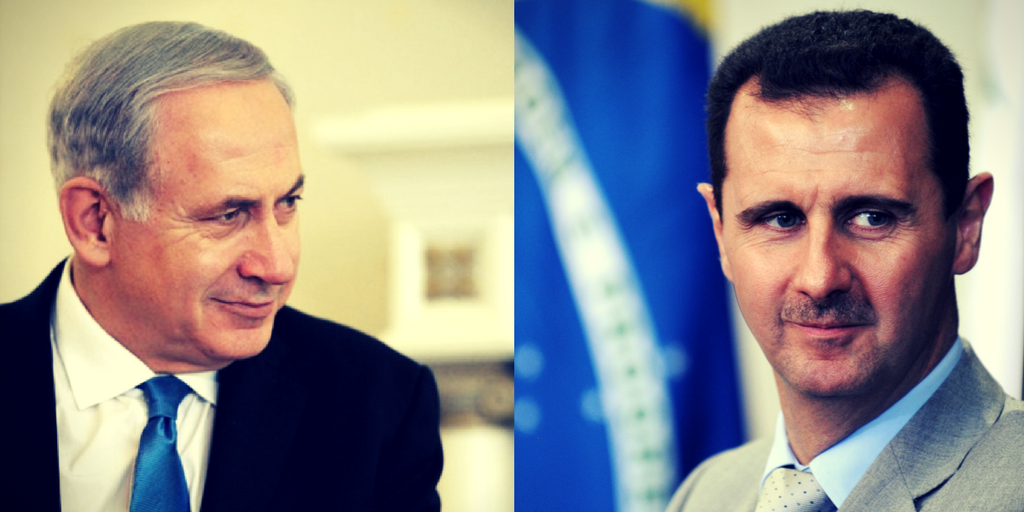 The Syrian military threatened a harsh response to Israel’s alleged attack on their chemical weapons facility near Massyaf in the Hama countryside.  The attack occurred at 2:42 AM from Lebanese airspace.

“This aggression comes in a desperate attempt to raise the collapsed morale of the ISIS terrorists after the sweeping victories achieved by the Syrian Arab Army against terrorism at more than one front, and it affirms the direct support provided by the Israeli entity to the ISIS and other terrorist organizations,” the Army Command said in a statement.

Israel warned Putin when Bibi visited the Russian leader in Sochi that he would not tolerate the Syrian regime and Iran closing in on Israel’s Golan border.  This attack is the first time Israel has struck since their meeting.

SANA reported the Syrian Military “warned against the dangerous repercussions of such hostile acts on the security and stability of the region.”

5. If the attack was conducted by Israel, it would be a commendable and moral action by Israel against the slaughter in Syria

7. 2. Israel intends to enforce its redlines despite the fact that the great powers are ignoring them.

8 .3. The presence of Russian air defense does not prevent airstrikes attributed to Israel.

9. Now it’s important to keep the escalation in check and to prepare for a Syrian-Iranian-Hezbollah response and even opposition from Russia

Yadlin’s hint that either Israel had tacit approval to fly through Russian installed radar systems or has found a way to evade detection should not be lost on anyone.  This point is key to understanding Israel’s ability to keep an edge in the next war which appears to be fast approaching.

The fact is the attack took place North of Lebanon, so if it was indeed Israel, Russia must have known about it and if Russia knew about, why would they let Israel bomb Syria?

The answer lies in Putin’s balance strategy which involves playing Syria and Israel off each other. This does not mean Israel has a green light.  Actually, the opposite is true.  Israel must go to Putin to ask permission when it needs to hit a Syrian facility.

The fact is, most observers bought into the viewpoint that Bibi got nothing from Putin in Sochi.  Russia’s disinformation magazine Pravda indicated this:

“According to eyewitnesses of the open part of the talks, the Israeli prime minister was too emotional and at times even close to panic. He described a picture of the apocalypse to the Russian president that the world may see if no efforts are taken to contain Iran, which, as Netanyahu believes, is determined to destroy Israel.”

Yet, the strike in the early morning hours so close to Latkia and near Homs indicates Putin has held true to his policy of keeping strategic balance in the region. The real question is: Will this would also apply to Iranian forces near the Golan?

Putin continues to play puppet master in the Levant, but his puppeteering is setting up the region for all out war. Will this give Putin the chance to play peacemaker?