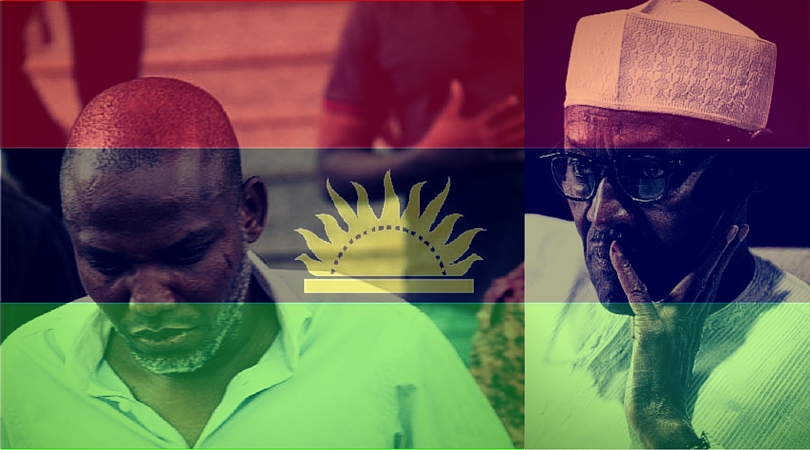 When Buhari shut down Bibi’s visit to the ECOWAS conference scheduled oearly 2015, the message was clear: Israeli’s are not welcome here.  Although Buhari is only one voice within the 15 member economic zone, he is a powerful one.

Nigeria is the most populous country in Africa, and has been receiving advanced arms from the Obama administration to fight Boko Haram. Despite this, Nigeria itself is on borrowed time.The movement for an independent state of Biafra, which is in southeast Nigeria is serious and its backers are growing.  The Igbo and those tribes that are connected to them have begun to return to their roots, which are directly connected to the Israel.

Buhari understands this and so he pushed back against inviting Bibi Netanyahu to the ECOWAS Summit. If he were to let the summit go ahead with Netanyahu, Buhari would risk being the vehicle that would allow Bibi to commandeer West African support for Israel. West Africa is key for Israel for multiple reasons. The most important is it gives Israel an ability to block the movement of Islam South into the heart of Africa.

Secondly, Buhari has his hands full with the awakening of Biafra in the southeast of the country.   If Biafra gains independence,Nigeria would not only lose a third of it’s land, but the source of its oil.  Besides the economic value Biafra brings, an independent Biafra would rectify the historic wrong perpetrated by European Christians and other colonial forces against the Igbo and the other tribes of the Guinea Coast with Hebrew roots.  Biafra’s restoration is central to the growing rapprochement between Africa and Israel.  If allowed to continue, leaders like Buhari are on borrowed time.

One way for Israel to pressure Buhari is to draw attention to Nigeria’s unlawful imprisonment of Nnamdi Kanu, leader of IPOB. Granting Kanu freedom would be the fasted way for Islamists like Buhari to feel the force of the coming pendulum swing back towards a sane West Africa.  A West Africa that cherishes its lost Hebraic culture and works to safeguard its burgeoning relationship with Israel.