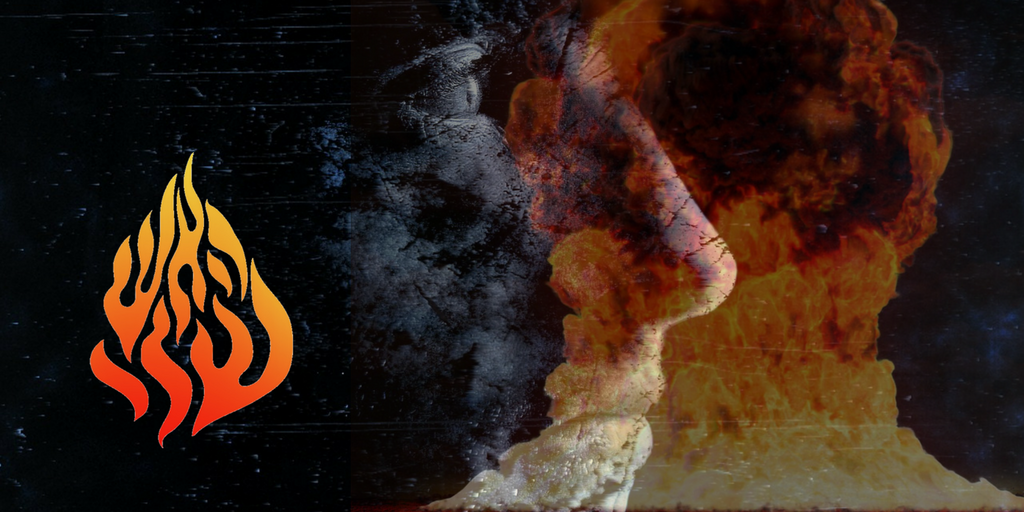 Isaiah 17:1 The burden of Damascus. Behold, Damascus is taken away from being a city, and it shall be a ruinous heap.

The above verse has been rolled out over and over again since the Syrian civil war began six years ago.  The verse offers an important sign that indicates the final stage of the redemption of the Nation of Israel at the End of Days. Now, with tensions rising between the USA and Russia over President Trump’s shooting of 59 missiles into Syrian territory, the above verse has become extremey significant.

With those 59 missiles Donald Trump not only recalibrated the Syrian conflict, he has changed his and in turn America’s relationship with the Putin regime in Russia to one of possible rapproachment to nearing open conflict.

King Solomon says the following in the book of Proverbs:

21:1 The king’s heart is in the hand of the LORD as the watercourses: He turneth it whithersoever He will.

We believers know that a leader has no true will power of his own when it comes to global affairs and so the Trump White House no matter the promises before the election of not getting involved in Syria is now involved. Trump is not the sort of president to back down and there is no position Russia or Iran could retreat to in order to compromise with the USA on Assad’s future.  Given this, the conflict in Syria has become the trigger for something far bigger.

In ancient days Damascus was always the thorn in the side of the Northern Kingdom of Israel. This ongoing tug of war between the Kingdom of Israel and Aram and later Assyria played itself out in much of the book of Kings.  The State of Israel at this stage is a representation of that Kingdom, with only the Messiah representing the return of the Davidic Kingdom of Judah.  Furthermore we understand that Damascus falling at the End of Days is equally important, not just for the rectification that needs to occur in relation to the Northern Kingdom of Israel, but because of the way in which this once great city becomes no more.

The Bible is replete with accountings of a final war between the Nations of the World. Although this war is global, it is also connected to the Land of Israel.  The modern State of Syria, at least the area of Syria and Lebanon up to the Euphrates River fell within the Davidic Kingdom and will be part of that reconstituted Kingdom at the End of Days.

The Nations of the World duke it out in and around the Land of Israel just prior to the Messiah’s arrival.  It is this war that spreads out from a collapsing Damascus that lays the foundation for a new era.  It is once again the principal of chaos to order, we see thoughout the Creation and expressed so beautifuly in the beginning of the Torah and its accounting of the Creation of the World. We are entering a period of intense chaos, one which will lead to a new order.

Every year we find ourselves back at the Seder and yet every year there seems to be a new set of personal, national, and global challenges.  Passover is our time to feel that our personal and national freedom is guided by the Almighty.

Each one of us sees the world and the chaos that flows throughout it as a threat to our very existence.  Yet, the opposite is true.  The chaos is an opportunity.  This chaos will settle and afterwards there will be a new order and set of rules for the world to follow. Yet, just like the time of the first redemption we did not know when the chaos would end, we drew comfort in following Moses, the one true leader of the generation. However, it was not Moses alone. The Midrash teaches that it was in fact the bones of Joseph who the Nation of Israel carried out of Egypt and went in front of it that led to the Sea splitting.

We are at the proverbial sea again. There are nations all around us.  Some are fighting eachother and others are preparing to attack us.  We have no where to go and yet we wonder in which form our salvation will come. The politicians want us to believe it is they who we should trust, but nothing could be further from the truth.

Rebbe Nachman of Breslov teaches that the Messiah will conquer the world without firing a shot.  How does this happen? We know the redemption from Egypt is a prototype for the final redemption.  The chaos of the world around us is nothing other than the clearing of the deck to make way for a far higher consciousness to prevail. The boundaries and order established by the elites are crumbling. The false kingdom is being laid to waste.

Damascus, who challenged the Kingdom of Israel thousands of years ago, essentially challenging the Creator’s plan, will now be destroyed as the empires of the world take one final swipe at eachother before their reign comes to an end.

Rebbe Nachman said his fire wil burn until the coming the Messiah. Those who opposed his leadership just over 200 years ago, thought the statement was mad. Yet, it is Rebbe Nachman and his teachings who have penetrated the mainstream Jewish conciousness in a way that could have never been imagined even 20 years ago. As the world of lies continues to crumble, the world of truth prepares to be revealed.

Passover instills us with a deep faith that all is in the hands of the Almighty and all will be good no matter the chaos that seems to be ovetaking us.  Syria is the trigger for the final war. Rebbe Nachman teaches that simple faith in the Almighty is the key to the final redemption.  Now more than ever we too need to cling to the faith that all is for the best just as we did during the very first Passover thousands of years ago.