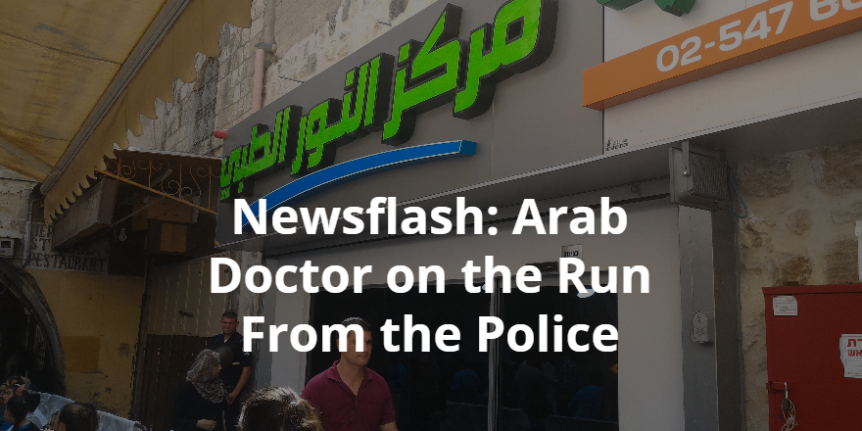 It seems the doctor on staff of Kupat Cholim Leumi across the street from Beit Wittenberg at the time of the murder of Rav Nechemia Lavi and Aharon Banita is in hiding.  Why?  Although it was obvious that Adele Banita was critically injured outside he did nothing to help her. Knowing the shopkeepers in the area have been arrested for taunting and ignoring her pleas, it can be assumed that he feared he was next. It is unimaginable that a doctor who has sworn to heal the wounded would refuse to help a critically injured woman and her child.

Our answer is to keep building.